The Geneva summit ended as expected without any significant breakthroughs. Ambassadors will be able to return to their places of work in Moscow and Washington, consultations will continue, mass media will find out who “won” in the negotiations, both sides will deal with nuclear security and the START treaty, and possibly even create some working groups to discuss cybersecurity issues. 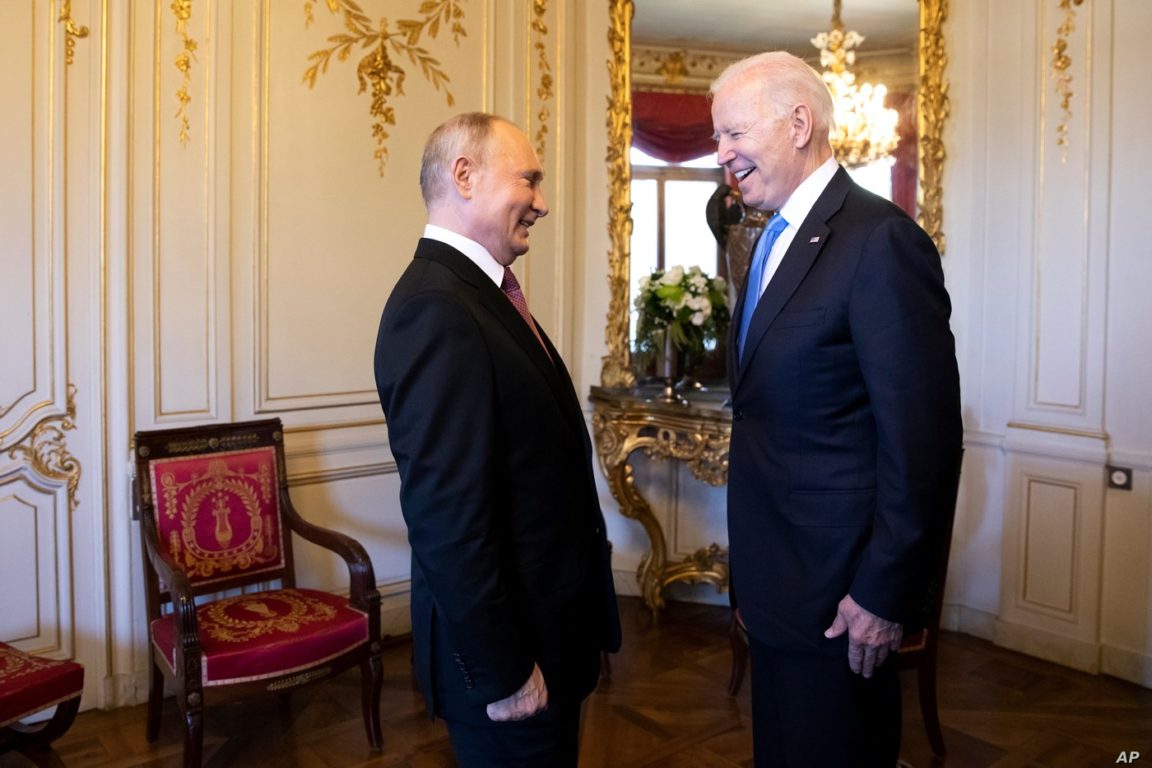 The Russian President Vladimir Putin and the US President Joe Biden at the summit. Geneva, Switzerland, June 16, 2021 // AP

Indeed, no one expected breakthroughs. The Presidents of Russia and the United States met primarily in order to meet. Such PR is useful for both Vladimir Putin and Joe Biden. Well, why not, at the same time, talk in the “realpolitik” format  about common and different positions on such important topics as nuclear security, arms control, cybercrime, Iran and Afghanistan? After the summit, many noted that Vladimir Putin got what he wanted from the meeting – he emphasized his importance without compromising anything. And so it is.

Obviously, the negotiations on nuclear security did not require a meeting of the Presidents – both countries have accumulated vast experience, and there are enough specialists of the top level. Indeed,  one can create working groups on cybersecurity agreeing it by phone. If there is a will not to cheat and do something really useful. But if we put aside the personal achievements of the Russian President in the field of world glamour and PR, then here goes what Russia is left with due to maintaining the status quo:

– sanctions – the old sanctions which no one is going to cancel, and the new ones which are already on the way;

– confrontation as the main content of bilateral relations with the world;

– absence of allies to rely on in the increasingly complicated situation in the region and in the conditions of the growing terrorist threat after the withdrawal of the Americans from Afghanistan;

– the Syrian trap that can go off at any moment.

And there can be no talk of any “new Yalta”1the Yalta Conference of Joseph Stalin, Winston Churchill and Franklin D. Roosevelt in February 1945, when they agreed on a new world order, that had to be installed after the end of the Second World War. Putin has Lukashenko and Assad instead of Churchill and Roosevelt. This is a deliberate choice of the Russian authorities, the meaning and content of the Kremlin’s policy, not even since 2014, but since 2007. But this choice leads to a dead end.

Pretending to be the USSR and trying to carry out today the policies of 60 years ago is a gross historical mistake. It is a dangerous misconception that one can go back somewhere. One can destroy everything, but one cannot return to the past. The West conducted a dialogue with the USSR as with an ally in the Second World War – with respect and gratitude. The attitude towards today’s Russia is completely different, especially after Ukraine and Crimea. And, by the way, all Putin’s attempts to establish at least some kind of dialogue with the world are meaningless until a dialogue with society and the opposition in Russia is established.

Back in 1985, the leaders of the USSR and the USA met in Geneva. The whole world followed the negotiations between Mikhail Gorbachev and Ronald Reagan as a key global process. That summit was certainly future-oriented and therefore well-timed. The threat of nuclear war posed the main threat to the entire world, and the personal meeting of the leaders of two incompatible ideologies gave real hope for a secure future.

The Geneva summit in June 2021, rapidly spread throughout the world media, in accordance with its status, but after a couple of days it vanished from the information agenda almost without a trace.

It is not the first year that Russia has been moving into the past. The Western world is going around in circles. The global agenda in the West is increasingly often determined by new tasks, the solutions and even understanding of which are still lacking. Fundamentally new meanings, the crisis of national political institutions and mechanisms – all this characterises the onset of a new era in global development. The distinctive features of the new era are also strengthening of nationalism and authoritarianism, and growing social inequality exacerbated by the pandemic.

The meeting between Vladimir Putin and Joe Biden in Geneva was the icing on the cake of the summits: past week the G7 met in London, and Brussels hosted the NATO summit. However, neither in London nor in Brussels the questions adequate to the realities of the 21st century were raised in their entirety. Thus, the problem of low expectations and hardly a higher assessment of the results concerns not only the Russian-American relations that hit the bottom.

Today it is impossible to discuss only the “red lines”, much-loved by Vladimir Putin and Joe Biden. In the modern world, the discussion of “red lines” is a confident step towards a real war. The fundamental task, which really corresponds to the time, lies in the other field: in preserving a common perspective for the world, finding a vector of movement towards this perspective, returning meaning, hope, and the future to people.

The key problem for the Western democracy is not so much the external threat from Russia or China, but the glaring manifestations of a dysfunction of the public-state system, and the invasion of populism and nationalism into politics (the inability of state institutions to effectively resist the pandemic is also a consequence of the institutional crisis). It is the inoperability of political institutions and the lagging of human consciousness from technologies that pose the main threats to the modern international community.

Today, in conditions of political entropy, in the midst of glamour, PR and TikTok, it seems at least strange to talk about the necessary measures and steps towards a distant, but objectively real perspective. However, if one nevertheless decide on this, then it will be about the following:

– adoption of a number of urgent measures aimed at protection of national democratic state institutions from populist and nationalist corrosion;

– awareness of the need for forward-looking strategic political thinking;

– inclusion in the long-term agenda of the issue of Russian-European integration – as a designation of the direction to the future;

– formation of a strategy for the reconstruction and the reset of state and public institutions based on common values.

This is the opening of the perspective, indicating the way to the future for the whole world. And only along this path will the real role of Russia be revealed. The role that Russia can and has to play in the modern world – not the heiress of the Soviet nuclear arsenal, not the oil appendage of the developed countries, not the center of world kleptocracy and corruption, not a country with a negative reputation, completely shrouded in state lies, political repression and incipient terror, but a country with huge historical, cultural, intellectual, creative and human potential.

Only then will summit meetings make sense. Until then, there is no need to expect significant breakthroughs. Everything remains the same. There is no forward-looking strategic vision of the future – entropy continues

Digital technologies and the globalisation of disorder