To safeguard their democracies and restore their global standing, Western countries must demonstrate that they possess both the awareness and political will to confront the challenges they face. Many of those challenges arise from – or are exacerbated by – digital technologies. 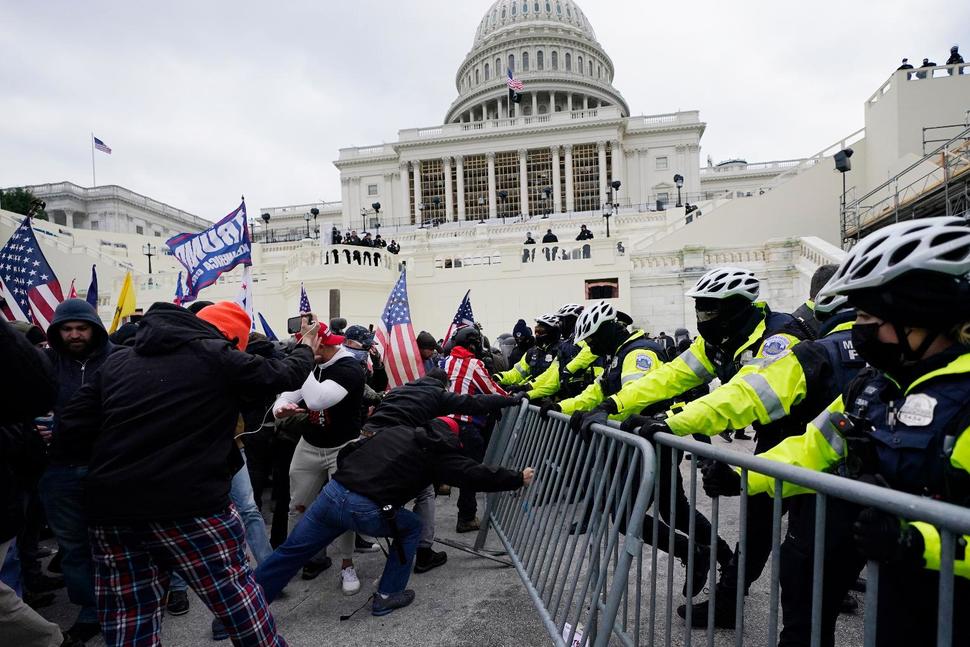 Trump supporters try to break through a police barrier, January 6, 2021, at the Capitol in Washington // AP Photo/Julio Cortez

For decades, the United States – and the West more broadly – stood as a shining example of liberal-democratic prosperity that much of the rest of the world sought to emulate. But the cracks in Western political systems have lately begun to show, with Donald Trump’s presidency – which ended with the storming of the US Capitol on January 6 by a mob of his supporters – both highlighting and widening them.

The West’s decline is not inevitable. But, to safeguard their democracies and restore their global standing, Western countries must demonstrate that they possess both the awareness and political will to tackle their weaknesses head-on.

Leaders should begin by addressing some immediate and urgent challenges – beginning with lack of trust in institutions, particularly those related to governance and elections. The “Stop the Steal” campaign that took root after Trump’s electoral loss last November, and fueled the Capitol insurrection, was based on no evidence. But, aided by social media, it spread rapidly among his supporters, where it found fertile ground and remains entrenched.

As post-Soviet states can attest, ignoring doubts about the integrity of electoral processes – founded or not – can have serious short- and long-term consequences. While hardcore conspiracy theorists will never be convinced, for most American skeptics of the 2020 results (but not of elections in general), the sense that the authorities are taking their concerns seriously should make a difference. Their questions about some aspects of the electoral process, mail-in voting for example, should be discussed and resolved before the next national election. Demonstrating the ability to address such issues would be an effective step in countering attempts to undermine elections’ credibility in the future.

Another challenge is to address dysfunctional political polarization. There is a big difference between political opposition and political sabotage. Responsible politicians represent their constituents’ interests and demands. But they also work with (willing) opponents to govern effectively. Attempting to destroy those who disagree is an affront to democracy. But even trying to thwart all initiatives or legislative proposals by opponents is a recipe for democratic erosion.

Confronting polarization will require Western countries to face a third challenge: clarifying limits to freedom of expression. Virtually everyone recognizes that some forms of expression are dangerous enough to merit imposition of some constraints. But without clear lines based on broad consensus, there will be inevitable conflicts that can weaken desired outcomes.

Western leaders must also consider more fundamental changes to their political systems to safeguard them from new or growing threats, including many related to digital technology (see «On the Political Systems of the New Age», December 2020). The recent populist wave in the West (and elsewhere) shows why such changes are needed. While populism is hardly new, the internet – especially social media – has enabled misinformation and reckless promises to be disseminated more efficiently than ever before (see «Information Ochlocracy», December 2020).

Public criticism, fact-checking, and even deplatforming have consistently failed to curb populist politicians’ ability to capture the hearts and minds of voters. A commission or permanent task force on public information might be more successful. Its purpose would not be to shape narratives according to any particular interest or worldview; instead, its goal would be to uphold truth in the same way that governments safeguard public health. It could be created by politicians, but its members should be nominated by nongovernmental institutions with the highest public trust across the political spectrum.

Surely, the US is able to pick, say, five people who have stellar reputations for defending freedom of speech and for rejecting media manipulation and lies. Members could be recommended and vetted by relevant congressional committees and would serve fixed terms. Depending on the legal authority under which the body is established, it may be able to submit its conclusions and recommendations to be considered by government agencies.

Western countries may also need to rethink their systems for representing voters’ interests. For decades – even centuries – political parties, together with official and unofficial lobby groups, have performed this function. A free and trusted press, responsible broadcast media, expert groups, and professional associations have also played an important role, by translating the workings of government for the voting public.

This system no longer seems to be functioning in full capacity. Online media has undermined traditional outlets’ gatekeeping role. And new channels of association and identity formation (such as online communities) have distorted the relative strength and importance of particular interest groups, while, at times, misrepresenting their views.

How to reform political institutions of democracy so that diverse interest groups are involved in decision-making in ways that both reflect their relevance in society and ensure a voice for vulnerable minorities is a difficult question. But unless Western countries confront it outright, their systems will get transformed anyway, but unlikely in a way that benefits most.

In this context, Western democracies must guard against potential illegitimate power grabs. As we have seen in recent years, constitutional checks and balances often are more easily weakened or bypassed than previously recognized. Democratic vigilance is more important than ever: The public also has a duty to help protect democracies from leaders’ authoritarian ambitions, as many organizations of American civil society did in denouncing the January 6 storming of the US Capitol. Taking a public stand on a political issue means defending the institutional foundations of democracy, which includes repudiating misinformation and “fake news” of any kind.

Resetting the boundaries of what democracy, and every person in a democracy, should or should not allow will be even more difficult in an age when just a few companies and platforms, by dint of their ability to compile and parse massive amounts of behavioral data, wield enormous power. But only such a root-and-branch approach will mitigate the threats to democracy that the US has experienced in recent years.

Источник: Project Syndicate
MORE ARTICLES
30.12.2020 What Should Be Done? Institutionalisation of Values

Digital technologies and the globalisation of disorder