In current realities new technologies are becoming not only a way of organising mass protests, but also the trigger of the protests themselves.

For example, racial inequality inherent in the state, law enforcement and social system has been called the motive for the most recent protests in the USA. However, the actual causes of the protests both in America and also globally are far more complex and more profound. This concerns a far wider problem — the growing realisation of a social dead end  — “the loss of any real future”, in other words,  the underlying cause, for example, of the “Arab spring” in the Middle East, mass migration which has overwhelmed Europe, the yellow vests movement in France and many other appreciable social manifestations in the world over the past ten years1See Grigory Yavlinsky, Loss of the Future, 2017..

The Indian writer Pankaj Mishra described the reaction of the developing world to its realisation of the insurmountable lag from leading countries as “Anger and Fury”2Mishra P. Age of Anger: A History of the Present. N.Y.: Penguin Books, 2017. . Today these very processes are also happening in the self-same leading countries forming the protest movement. However, instead of coherent demand and a reform programme, as a result protesters put forward primitive initiatives, for example, a reduction in finance for the police (“Defund the Police”) or propose nothing at all. And in order to satisfy a commonplace demand from protesters for action (“something must be done”!), they organise campaigns that could be designated as “activism instead of politics”. As a result, the current protests lag far behind the civil movement of the second half of the 20th century namely due to the lack of their own political component. This enables politicians situationally opposing the existing regime to avail themselves of the benefits of the protest. 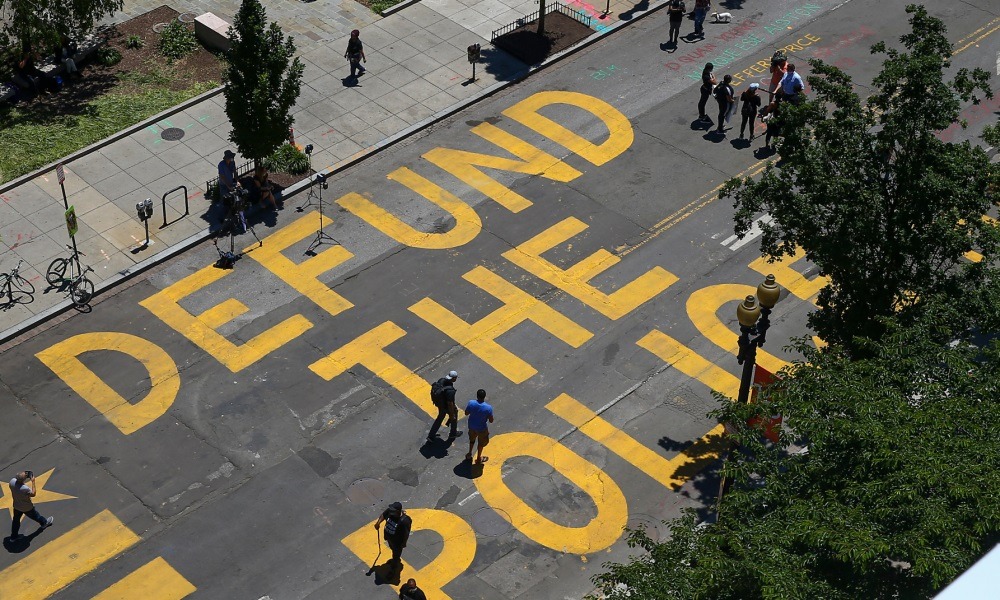 Protests in the United States, 2020 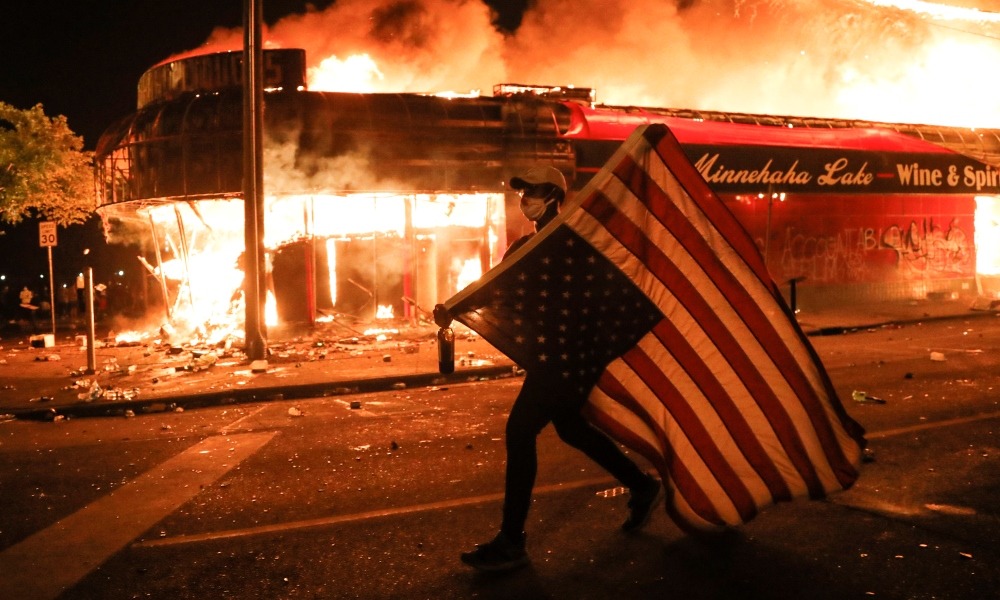 Protests in the United States, 2020

For example, this is what Joe Biden and the US Democratic Party did in their election campaign against Donald Trump. Meanwhile, one of the bases for the consolidation of the republican and swing electorate around Trump in the previous US elections in 2016 was the “fight against the system” represented in the electoral cycle not only by Hilary Clinton, but also by Joe Biden who was US Vice President at the time. In the 2020 elections, Biden himself in part gambled on anti-systemic moods.

Masses do not perceive any difference between the system used to form and organise power in a representative democracy, the institutions of a democratic state, a Schumpeter democracy, on the one hand, and a cynical method for the rule of business merged with the state, in other words, an oligarchy, on the other hand. The paradox of populist activism is becoming more and more perceptible: from the outside, opposed to racism, cynicism, greed and egoism, the protest wreaks havoc first and foremost on state and public institutions.

In the case of the US protests, characteristically once again expectations were placed on a horizontal and leaderless self-organisation of the masses, allegedly capable of making the transition to some new quality. And this comes after hopes placed in self-organisation through new technologies in the areas of information and public relations had proved abortive on multiple occasions (as was the case during the “Occupy Wall Street” actions, as has happened with the “yellow jackets” movement in France).

A sensation of hopelessness and feelings of despair of always being left behind is prevailing more and more frequently in today’s world over hopes for a miracle. The feelings of despair are the result of rational thinking that concentrates on the dead end. Hopes for a miracle represent a search for a way out, in particular related to new technologies. However, no miracle is happening, there is only some expectation that technologies will somehow help people overthrow the current establishment and thereby resolve all the problems. In actual nothing of the kind will take place. Political, social and international institutions are coming to a standstill and are being destroyed, while there is no transition to a new quality. Moreover, any talks about the spontaneous generation of a new quality through technologies and activism are becoming tools leveraged by the people in power to disorganise any real opposition politics and engage in backroom intrigues with the sole goal of distracting people from any substantive agenda and action programme.

At the same time,  one cannot fail to notice that, despite the mass protests, the fight for civil rights, the battle against the abuse of administrative power, corruption and authoritarianism today is not yielding any practical, positive results. Objectively, the situation is only becoming worse.

Take, for example, the protests in Hong Kong — they have actually involved a significant number of people, have been primarily peaceful and relied on various forms of civil disobedience — they did achieve the goal of deferring the entry into force of a new law on extradition to the Chinese motherland. However, overall the protesters have failed to achieve their main demands. Moreover, at present the situation in Hong Kong with human rights, freedoms and democracies has only deteriorated:  the totalitarian communist regime has consolidated its grip over one of the world’s major financial centres and implemented a repressive law entitled “On National Security”.

The will of the people — however clearly and brightly it has been articulated — holds no truck with the Chinese Communist Party, while the Chinese authorities would appear to be no at all bothered about the disorganisation of a functioning Hong Kong as a business and financial centre: subjugating Hong Kong and definitively merging it with the Chinese motherland, terminating early the validity of the formula “one country, two systems”, is clearly worth the temporary loss of certain business advantages in their eyes. Incidentally, the reaction of the Western global community to developments in Hong Kong turned out to be more reserved, one might even say, symbolic, which to all intents and purposes also had a material impact on the negative outcome. 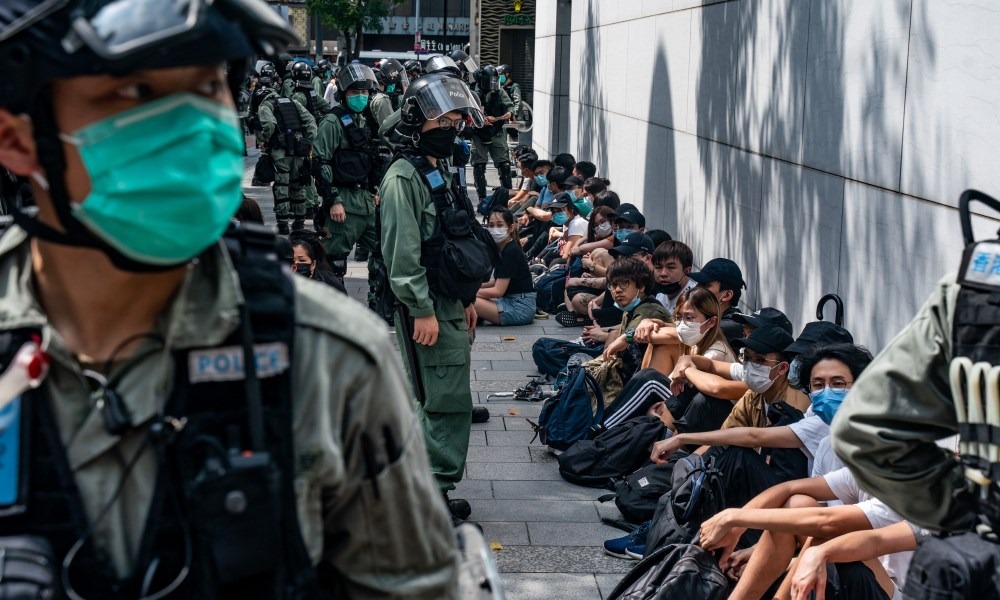 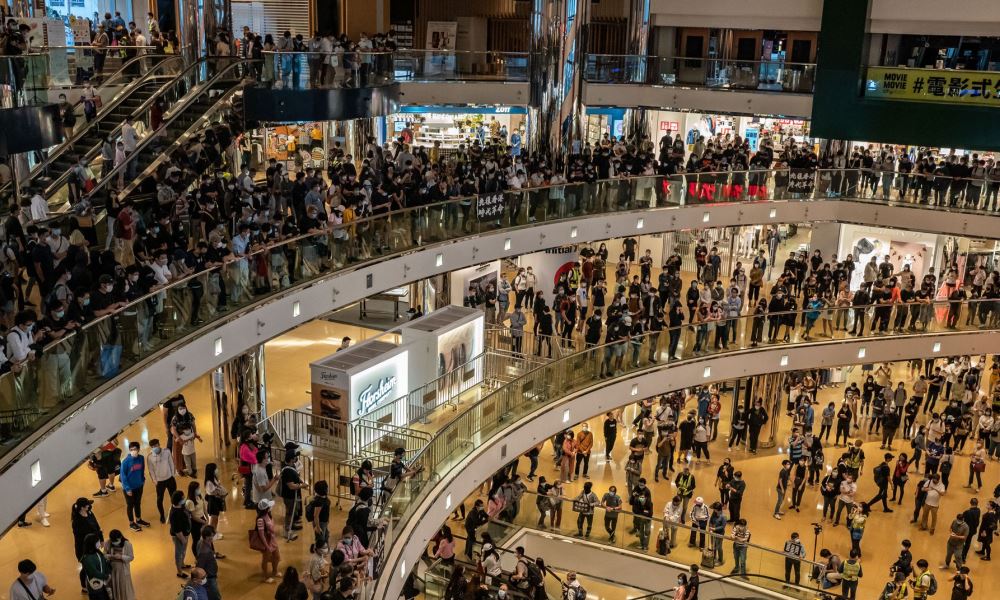 In the United Kingdom, the criticism of bureaucracy that is standard practice in British culture morphed into demonisation of the European Union, whose institutional values and advantages were eclipsed by the image of a Brussels administration sucking the life out of “good old England”.

In Russia, meanwhile, the sporadic bouts of protest are in no way impeding the strengthening and consolidation of a repressive system.

Consequently, when assessing current processes in global politics, we need to try to find answers to the following key questions:

To date the answers to these questions have been negative, and so far nothing good can be discerned going forward. And the protests will not help, however numerous they may be.

MORE ARTICLES
30.12.2020 What Should Be Done? Institutionalisation of Values