On 22 March, the Legislative Assembly of St. Petersburg adopted the bill «On Amendments to the Budget Law of St. Petersburg» in the second reading. Grigory Yalvinsky developed the bill when he was MP in the St.Petersburg Legislative Assembly and head of the YABLOKO faction in the city parliament of the previous convocation. The bill was submitted to the city parliament in December 2015. However, the Legislative Assembly envisaged a very long term – until 1 July 2016, further extended until February 2017 – for submitting amendments to the bill.  If the law is adopted, the budget process will become more transparent. 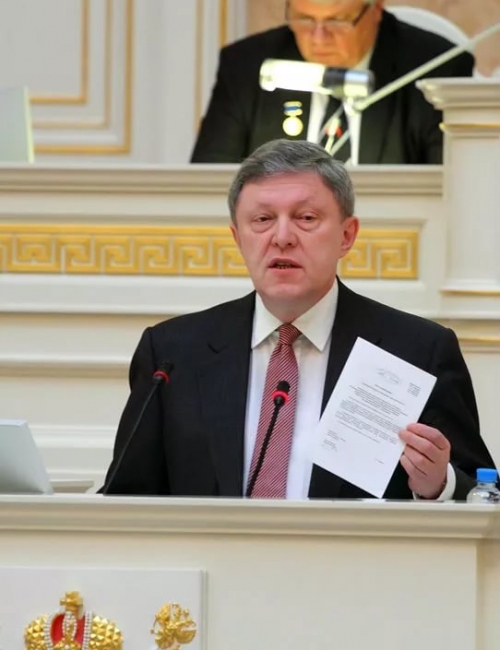 The bill proposes to improve the budget process in St. Petersburg. Grigory Yavlinsky’s law also envisaged abolition of amendments to the budget that allowed to those MPs who voted for the budget to non-transparently adjust distribution of 2 per cent of the budget funds.

Over 15 amendments were submitted to the document. Most of them were prepared by deputies Andrei Vasiliyev from United Russia and Maxim Yakovlev from LDPR (Chairman and Vice Chair of the Budget and Finance Committee of the Legislative Assembly, respectively). As a result, the norm on the abolition of deputy amendments to the budget of St. Petersburg removed from the text, as contradicting the Charter of the city.

Despite all the amendments, if Grigory Yavlinsky is adopted,  the budget process in St. Petersburg will become more transparent, the efficiency of using budget funds and budget discipline will increase.

MORE ARTICLES
17.04.2017 Other Russian regions should adopt the regional budget law built on the model of Grigory Yalvinsky’s budget law developed for St.Petersburg

This week, the Legislative Assembly of St. Petersburg adopted in…

09.06.2016 «If the majority of Russians vote in the elections in September, the situation will radically change»

According to Grigory Yavlinsky, head of the YABLOKO faction in…