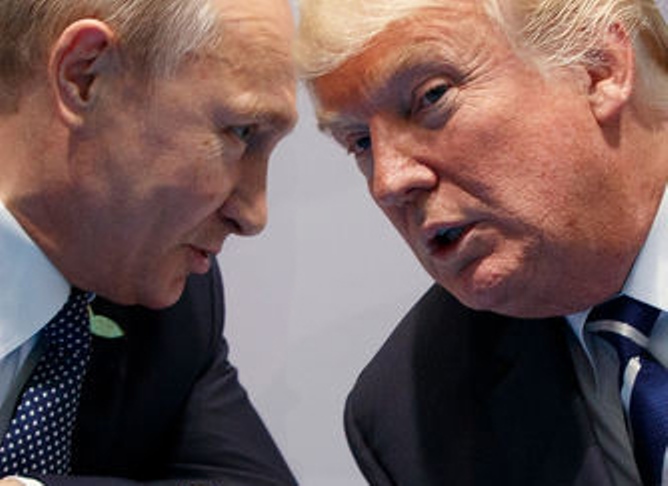 Trump is quite unpleasant and even dangerous for us. First of all, this is due to the fact that we are of no interest to him, and he is a deep American provincial. When we create no problem for him or when he cannot use Russia to “troll” his opponents (as he did during the presidential campaign), we simply disappear in his eyes. Therefore Trump can make a decision which will have some very negative consequences for us at any moment out of considerations that have nothing to do with Russia. This has already happened when the US launched a military strike on Syria, which in many respects was defined by the meeting with comrade Xi Jinping and Trump’s desire to show that he is more resolute than Obama following criticism at the domestic level. As for Putin, that American strike did significant damage to his image as a tough Middle East player, which has been earned during months and years at heavy cost and the expense of Russian militants’ lives.

During the G20 summit Trump has once again demonstrated that Russia is far from taking the first place in the US foreign policy. Therefore, the Putin-Trump meeting cannot be compared to the Gorbachev-Reagan meeting. Even with the Putin-Bush meeting. It is due to the fact that when Putin had a meeting with Bush there was still hope that Russia and the US will become serious partners, for example, in fighting international terrorism… But the only thing we could expect from Putin’s meeting with Trump was some interesting pictures and body language deciphering. At least some entertainment and food for thought. Melania entered the meeting – well, this is news.

As a matter of fact, anything new cannot take place if Putin’d domestic and foreign policy is preserved. Russia’s economy is being stifled, we are being taken a level lower given that our present one is not the highest.

Trump said something important in Poland on the eve of the summit. No, it was not about Russia. Russia’s threat to Eastern Europe is already a commonplace. What should be noted is the US President’ maxim on whether the West has the will to survive.

The Russian authorities have done a lot of things these years so that Russia would not be part of “the West” notion within the context. At the same time, our country does not belong to the number of states that make the West survive competing them. The historical Russia, “the Russian world” is a western phenomenon. From the point of view of China, the global Islamic ummah (both Sunni and Shia) or India, Russia is the West anyway. And if we find ourselves overboard of “the western board”, we will lose our identity, simply turn into a suggestive territory rich in natural resources.

We need a principally new consideration of the situation, new strategies. But Putin’s “elite” not only ignores it but has not idea that any such thing may exist.

There is a joke on the topic. A girl caught a golden fish and asked it to give her elephant’s ears, a long nose and a fluffy tail. The fish gave it to her and said:”This is strange. People usually ask for wealth, happiness and health.” “Oh, could I have asked for that?” the girl cried. So, this is what we get with our geopolitical toys.