ARTICLES The Righteousness of the protest
11.09.2019 / Russia
#protests in Moscow
Share

Yesterday, Konstantin Kotov, 34-year-old programmer, was sentenced to four years of imprisonment. At the absence of corpus delicti. He was sentenced for publicly protesting against the actions of the authorities.

This week several completely unfair, and absurd in terms of their severity, sentences were passed on the so-called the “Moscow riots case”. But if one looks into the roots of the protest, then it is completely clear that the protest is legal, constitutional and absolutely justified!

Because for decades, Russian authorities have grossly falsified elections at all levels. This has been happening constantly and at all stages of the electoral process since at least 1996. Such actions represent usurpation of power by the ruling group, and they are criminally punishable. All those managing the elections know this very well and do it fully understanding this. They intentionally and knowingly give instructions to subordinates, dependent state employees, and hired employees to commit criminal offenses, which falsification of election results is, with the aim of unlawful retaining of power. 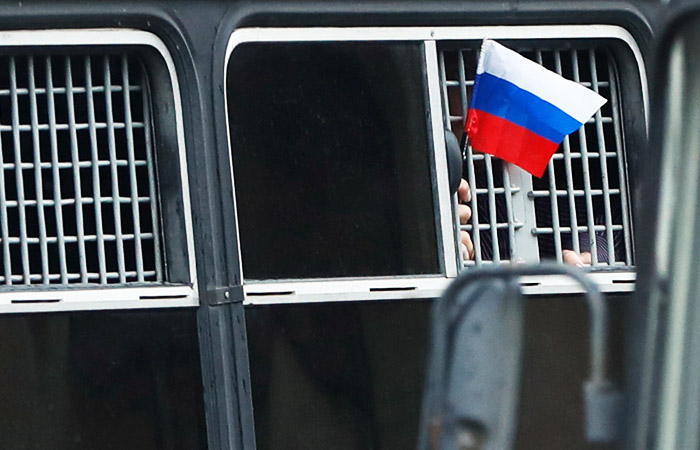 The moment has come when a new generation emerged and they do not want to put up with this. In principle. This is the reason for the protests. But the authorities, still refusing to engage in meaningful dialogue, defend their falsifications with the help of prisons and reprisals. At the same time, law enforcement agencies do not serve to protect the law, but to suppress fair and so far peaceful protests of citizens.

It is extremely important to realise that it is not those who protest peacefully and try to push back police officers who beat women violate the law, but those who falsify the elections and illegally usurp the power. This is the starting point of the protest. And citizens who pay taxes and maintain this power have the right to express their peaceful and well-grounded protest against many years of cynical fraud and state lies when and as they see fit. The authorities violate the right, and people defend this right. Therefore, the sentences in the “Moscow riots case” are unlawful and must be cancelled. It is becoming increasingly clear with each such sentence that trying to suppress the just and legal wave of civil protests with fraud and violence, the government is aggravating its situation – the situation of a falsifier and usurper.

The desire of the authorities to spread fear among people and shut their mouths provokes only a new wave of indignation with injustice and deception. Each next trumped-up case only increases distrust in the law enforcement, courts, and authorities in general and widens the gap between the people and the state. In the 20th century, this happened in Russia twice: in 1917 and 1991. Today, the confrontation between the authorities and the state power structures and the population can again lead Russia to collapse. To prevent this, serious political changes must be achieved.

As soon as people start speaking up what they really think, the Putin system will collapse.