The Internet has been discussing the new series Chernobyl. They write that this is one of the most significant films not only about the catastrophe, but also about the USSR in general. As a contemporary of these events, I can say that all my friends and acquaintances who had at least some qualifications necessary to eliminate the consequences of the accident at the Chernobyl nuclear power plant went there. Most of them as volunteers. The highest human solidarity and dedication, by any measure, was demonstrated by dozens of thousands of people from all over the country in the struggle against the consequences of the catastrophe. 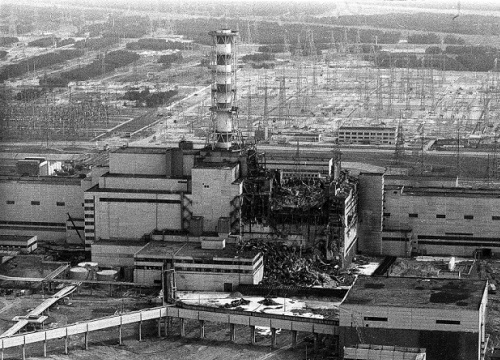 But the most important thing that the liquidators told on their return was not about the difficulties and dangers (sometimes deadly) they had encountered there, but about monstrous official lies. Thus, lack of freedom of speech and independent media led, in addition to other things, to the fact that on 1 May, 1986, five days after the explosion at the Chernobyl Nuclear Power Plant, thousands of people went on the [traditional] “holiday” demonstration in Kiev and other cities that turned out in the Chernobyl radiation zone, exposing themselves and their children to a terrible danger. And later the official lie about Chernobyl has been total and deadly for a very long time.

People often wonder why the Soviet Union collapsed. Some believe that it was because of an inefficient economy, low oil prices, others – that it happened because of the desire for self-determination in the national republics. Really, all these reasons did take place, but they were not something new and had existed for ten or twenty years before the collapse of the USSR. In fact, the Soviet system collapsed when people were permitted to say what they thought – out loud, on state television, radio, in all newspapers, at rallies and meetings. Since the Soviet system was built totally on lies, on coming in contact with freedom of speech and publicity, it immediately collapsed. This was the main reason for the collapse of the USSR. Therefore, for modern Russia, Chernobyl has a special socio-political significance.

Today, our country lives by the same Soviet standards: in the situation of almost complete absence of politically significant free media (consequently, the society is deprived of the truth about what is happening), non-transparency of the government, informational closeness of the state, low price of human life, secret burials of those who died in eastern Ukraine and Syria, important decisions made without any discussion. All this represents a model of the relationship between man and the mafia state, which is imposed [on people] by the present Russian system. The system, headed by Putin, treats an individual in an absolutely cynical way, without the slightest respect. The official state lie is comprehensive: starting with the statistics of Rosstat [Russian Statistical Agency] and ending with the results of opinion polls by VTsIOM. They are lying about the war in Ukraine and Syria, Russia’s place in the world, the situation in the economy, the space industry and the aircraft construction, the level of health care and poverty. They lie about everything! It looks like the state is in a state of war with its own population, which like an enemy at the front, must be deceived all the time. When the President’s trust rating fells down to 30 per cent, it is immediately recalculated according to the “new methodology” – and in two days, 72 per cent of respondents trust the President. It is funny.

But then there came a series of explosions at the defense plant in Dzerzhinsk. A column of smoke was visible within a radius of dozens of kilometers, glass was broken in hundreds of houses, kindergartens and schools were damaged. Officially they reported 89 injured. They assured [people] that there were no victims. They said that there were no chemical or other harmful emissions either. Is it possible to believe all this?.. If, God forbid, something like the Chernobyl accident happens to us, we all will find ourselves once again in mortal danger that we will be unaware of.

But the truth is as terrible for the present system as for the Soviet regime. Because as soon as people start speaking up what they really think about their living and the developments, thus replacing the lies and propaganda on federal television channels, the Putin system will collapse. #MakeYourVoiceLouder

pensions 04.02.2015 «The economy can not survive such political decisions»

The position of «Yabloko» party and its leader Grigory Yavlinsky…