As a result of the special operation carried out by the authorities to destroy Russian statehood, the Constitution, with amendments of 2020 and “resetting” the presidential terms personally for Vladimir Putin, was removed from the legal framework. The process of destruction of law throughout the country has been launched. 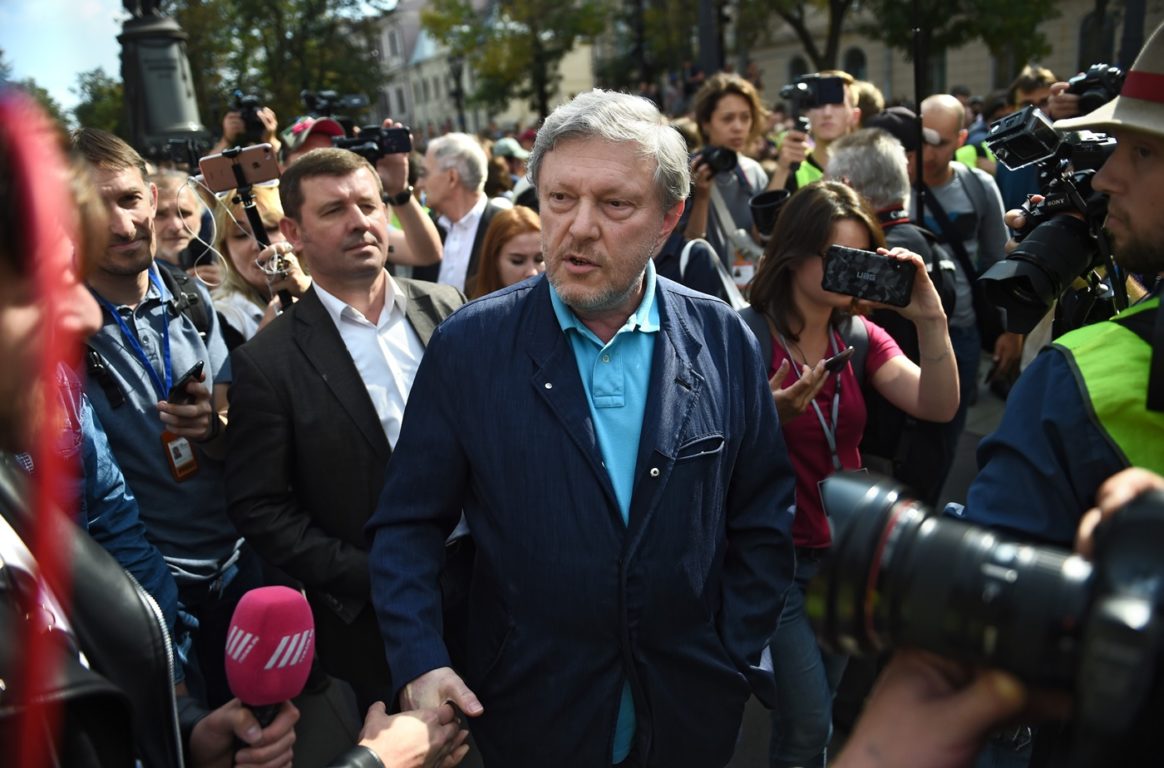 Deprivation of the society in rights took place, the ability to speak up and have one’s own voice was even more compromised. The regime has demonstrated that it does not need either a dialogue with society or a social contract. The only thing they want to convince people of is that they will live only as ordered from the top – and will be no other way round.

The official results of the illegal, uncontrolled, mockingly buffoonish “popular vote”, certainly, do not reflect the real attitude of Russian citizens to the current government, its policies and actions. The current government is the dictatorship of an absolute minority, regarding the people as a source of resources that is subject to exploitation along with natural resources.

Tools of suppression for any form of expression of opinion have already been prepared for those who dissent. Obviously, elections will be adjusted later on to the standard that has been tested on June 25 — July 1, 2020.

Any protest social and political activity: participation in elections, organisation of rallies, demonstrations and pickets, various activism – will now be extremely difficult or even impossible. Elections will be deprived of their meaning by the transition from mass-scale local falsifications to total fraud according to the “popular vote” model. The protest will be outlawed, driven to isolated sites, suppressed by force, its participants will be subjected to reprisals.

Thus, the state is fully returning to the Bolshevik model of power based on lies and violence.

We should admit: the era of post-Soviet modernisation has ended. Significant events at the end of this era were the annexation of Crimea, the war in Donbass and Syria, and the murder of Boris Nemtsov near the Kremlin walls. The final chord was the scrapping of the Constitution, the “nullification” of Putin’s presidential terms, and the unlawful plebiscite. Democracy in Russia was defeated.

What became the reasons for this deserves a separate and very important conversation. Without understanding the causes of the defeat, it is impossible to move forward. However, it is clear that in the political sense it is necessary to start all over again. The formation of constitutional statehood in Russia is the main task of our society, and the goal is to build, instead of the Putin system, a modern democratic state based on the rule-of-law, freedom, creativity and respect for people, a state that is accountable and controlled by the Russian people and governed by law and justice. Although the Putin system as a whole is ineffective, and the potential social base for dissent will be expanding, it will be an incredibly difficult job.

The successful future of Russia involves not only overcoming the Putin system, which is based on the merger of power and property, but also restoring ties with historical Russia, which natural movement towards democratic legitimacy was interrupted by the criminal coup d’etat in 1917 and disbanding of the Constituent Assembly.

The very first steps have been taken. The Public Constitutional Council, created on the initiative of the Yabloko party, contrasted Putin’s altering of the Constitution with completely different changes to the Constitution, corresponding to the tasks that our country faces in the 21st century. We initially viewed this work not as a one-time project, limited by the deadlines set in the Kremlin, but as the beginning of a big and very difficult way towards creating a modern state in Russia, which is a natural extension of civil society.

The proposals of Yabloko and the Public Constitutional Council are the starting point on the path to the future. An independent opinion poll conducted in June 2020 shows that Russia already has a request for a democratic alternative to corrupt authoritarianism. It is critically important that people see this alternative. In an authoritarian police state, this will not be easy.

The main difficulty is to find new forms of modern political activity in Russia, which are effective in the conditions of development of information and digital technologies, – an independent, influential and at the same time peaceful activity. Only a powerful, but non-violent political movement with a solid core of values ​​and a detailed realistic programme for the arrangement of Russia can save for our country the opportunity to develop and find a place in world of the 21st century that would be worthy of our history and culture, worthy of our people.