The President submitted to the State Duma a package of his amendments to the Constitution. In a week, the presidential amendments will be approved by the deputies, then by the Federation Council and regional legislative assemblies, and on 22 April they will be supported by a majority in the All-Russian plebiscite. 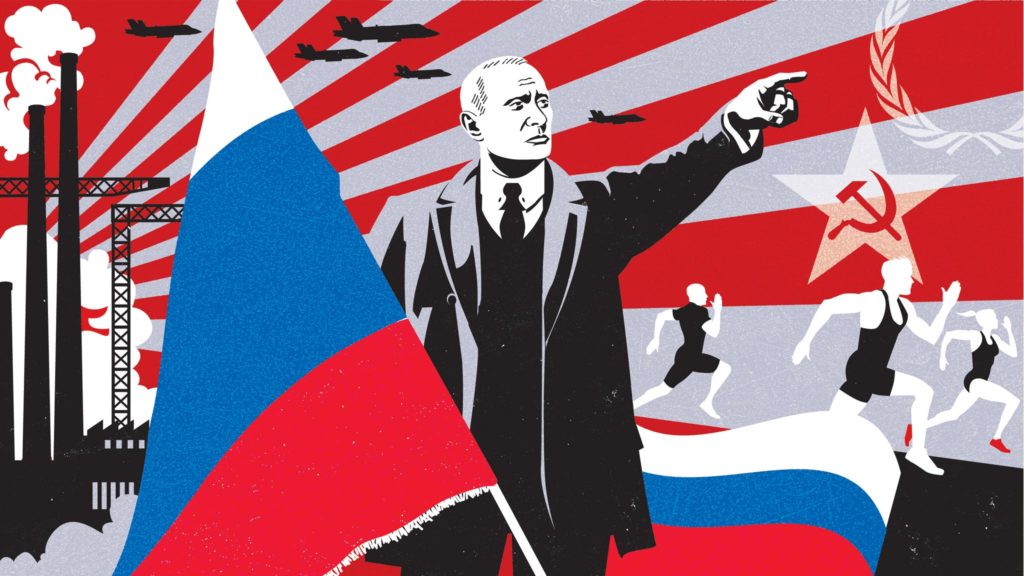 However, Putin’s amendments are aimed at consolidating of a fundamentally different concept of the Russian state in the Basic Law of the country. Instead of the democratic socially oriented state stipulated by the current Constitution, an unlawful model of a closed nomenclature-bureaucratic corporate state of a mafia type with the ideology of demagogic patriotism is unlawfully imposed on the country.

The Russian Constitution is boldly turned into an instrument of the authoritarian power. This will be a “Putin’s” Constitution, with the system of organisation of power proposed by Putin and the possibility of further changes at the initiative of Putin. This is already not about the development vector of the state, but about the goal – what Putin is going to turn our country into.

The essence of the nomenclature-bureaucratic corporate state of the mafia type lies in the inseparability of the executive, the legislative and the judicial branches of power, their interweaving and subordination to an authoritarian ruler personally. Such a system is governed by fear and corruption. There are no fair elections, or independent court, or rule of law, or justice there.

The elements of this system have already been actively planted into our lives. The Network case, the New Greatness case, the Moscow “riots” case, broadening of the practices of bringing to trial for high treason – all this is institutionalisation of the punitive justice. Putin’s constitutional amendments regarding the judiciary ultimately follow the same course. In fact, they institutionalise the understanding of the court as a punishing organ of the corporate state, rather than an independent branch of power.

It is proposed that the isolationist complex of views on the Second World War and Victory [in this war] be consolidated in the Putin Constitution as the core of the ideology of the corporate state. Such an ideology strongly contradicts the understanding [of the Second World War] as the largest catastrophe of the 20th century in Europe and throughout the civilised world. In addition, the theme of defending the Fatherland and the feat of the people will still be cynically exploited in Russia.

In general, the ideological component of the amendments is the same unconnectable puzzle from the Soviet anthem, the monarchical imperial two-headed eagle and the tricolor flag symbolysing democratic Russia. This eclectic formation will be based on the “Soviet legacy” as the cornerstone of the system. Mentioning of God and faith in the Constitution in combination with the provision on the succession of the present-day Russia to the Soviet communist state, which continuously, purposefully and brutally destroyed faith and believers, looks, to put it mildly, very strange.

The unconditional succession to the USSR means the continuity of Bolshevism, Stalinism and all the crimes of the Soviet period, beginning with the coup d’etat of 1917 and, therefore, a return to different forms of modern Bolshevism, political persecution of opponents and political repressions. And the point here is not whether a direct repetition of the Great Terror is possible in the 21st century, but that it is a return to a state system deprived of objective legitimacy based on lies and violence (see “Lies and Legitimacy”, April 2011).

Thus, through amending the Constitution, they are performing a transition from the imitation democracy with decorative, but formally maintained institutions to the creation of full-fledged institutions of the state that are officially formalised and legitimised through a plebiscite and where the power belongs to the nomenclature and bureaucracy.

It is incredibly difficult to stop the final transformation of the country into a nomenclature-bureaucratic corporation. Replacing politics with civic activism leads the protest movement to a standstill, replacing effective actions with sporadic outbursts of protest leads to closing in a subculture, escalating an atmosphere of fear, hatred, thirst for revenge, dividing the country into “them” and “us”, “us” and “strangers” (see “Activism and Politics”, October 2019). The authorities have long learned to use all this as a tool for managing public reactions and public opinion.

In addition, realising what times are coming, seeing how decisively the initiator of the hybrid constitutional coup intends to fulfill his plan and suppress opponents, many fear for their personal comfort. This situation is not new. The Russian elites have already “swallowed” the criminal privatisation of the 1990s, the criminal second Chechen war, the extension of the presidential term to six years, the annexation of Crimea, and the bloodshed in Donbass, and the war in Syria (see “We did something wrong to the whole country”, February 2020).

Now Putin is paving the way for the creation of a totalitarian state in Russia.

This must be resisted be means of using all the opportunities available to us (an alternative package of amendments has already been sent to the State Duma, regional legislative assemblies and the President). However, effective resistance is possible only through the recognition by the active part of society of the need to engage in politics. Our goal is not to fight for a “place in the sun” in Putin’s mafia-corporate system, but to prevent the institutional consolidation of this system. Our goal is to build a modern democratic law-governed state, that is accountable to and controlled by the Russian people and governed by law and justice in place of the Putin system.

About the dismissal of journalists of the Kommersant newspaper.

Freedom of speech 08.09.2018 “How we can free ourselves from the mafia in government and save our country”

We are publishing an article by Grigory Yavlinsky which he…