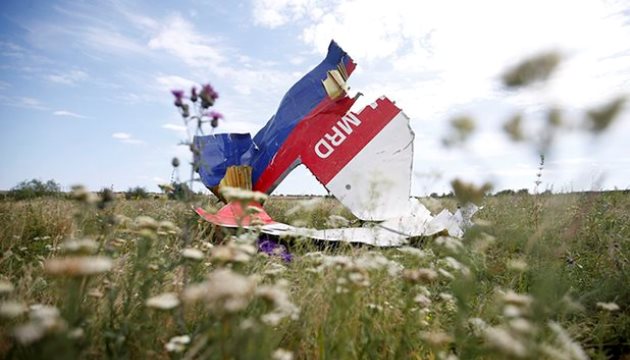 And again people are discussing where the rocket that killed 298 people in the skies over Donbas flew from. Again, there are lies and denial with our Russian side. But all know for a long time already — both those who deceive and those who are deceived — who fired at the Malaysian plane and whose missile it was.

There is no doubt that no one was going to shoot down a plane with passengers. The shot itself was a tragic accident. However, this does not mean that no one is guilty of this crime. It is on the identification of the guilty which the investigation should focus on, without shifting the emphasis on the technical details.

The passengers of the Malaysian Boeing and a lot of other civilians were killed because a war was unleashed in the east of Ukraine — as they say now, a hybrid war, a criminal war. This war was started by the Russian authorities. The Kremlin is still trying to use the bleeding Donbass as a means to influence Ukraine. And the decision to long-range air defense missile systems in war was adopted in Russia.

À la guerre comme à la guerre.  Anything can happen in a war. And  anyone can press the trigger. However, the responsibility for the fatal shot and shot down aircraft lies on those who unleashed the senseless bloody war, those who have been sponsoring, arming and supporting it. The death of 298 passengers is a result of all this.

It is known that the German intelligence knew about the presence of Buk missile systems in the theater of war. Therefore, the key European political and military leaders were well aware of the fact that the anti-aircraft missile complex was deadly dangerous for the flights in the area made by not only military, but also civil aviation. However, [politicians in] Europe, did not know how to stand up to Russia, were at a loss and did not say anything. Consequently, the airspace over the area of the fighting was not closed [for flights]. The responsibility for the shameful denial of the war, and, consequently, for the loss of passengers from the shot down [MH17] aircraft lies on Europe too… But the principle of identification of the main culprit – the one who started it – is not cancelled. And Russia began it all.

The liability for loss of people’s lives must be recognised, and the war must be stopped. This is in Russia’s interests at present, rather than shameless self-justification by means of endless lies.

MORE ARTICLES
30.07.2021 On the Historical Future of Russia and Ukraine