ARTICLES This world was not invented by Putin
17.02.2017 / World
#foreign policiy
Share

The 53rd Munich Security Conference opens on 17 February. While it represents a continuation of the Meeting of G20 Foreign Ministers and could become a platform for contacts on a range of issues, it is highly unlikely that we should seriously expect anything from the Munich Forum. It would appear that this time the ministers gathering in Germany don’t understand what is happening and are not ready to take any practical solutions. 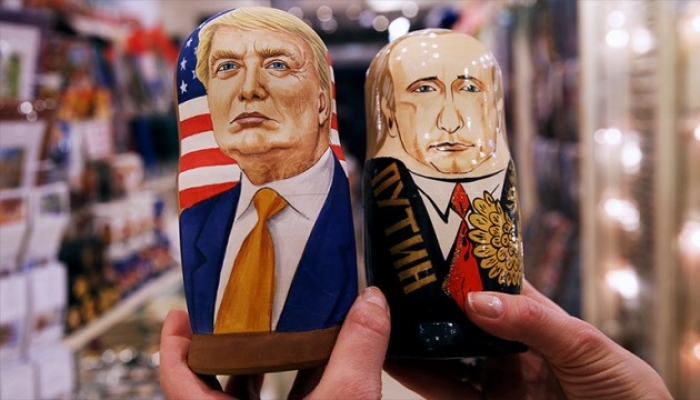 As demonstrated by the rushed resignation of Michael T. Flynn, national security adviser of the US President, the new American administration, which is being monitored closely by the whole world and Russia in particular, has no policy at the moment. Donald Trump himself does not even know what he is going to do. The direction of the administration’s future policy and course of action cannot be determined from the populist speeches of the US President. Even if he has some vision of the situation in the world, it can easily be transformed into the adoption of diametrically opposing decisions under the influence of new factors, such as the disclosure of his advisers’ connections with Russia. In fact, this is exactly how the position of the White House on Crimea is being formed, and the Kremlin has been at a loss for three days now as it tries to work out whether this is what Trump thinks or this is the opinion of his press secretary…

A week before the Munich Conference people were reflecting in Russia on the same conference held ten years previously when Putin had made a speech. It was 2007, a time of vast potential opportunities for Russia. Putin’s confrontational anti-American speech in Munich is an example of how opportunities can be wasted on illusions, attempts to lecture other countries and deliberate empty talk on the multi-polar world, on an energy superpower, on financial safe havens and so on. And all this was done instead of Russia’s active participation and assistance in resolving global challenges.

Munich 2007 still didn’t represent a shift in foreign policy, but already marked the deadlock where Russia found itself as a result of authoritarian domestic policy. Incidentally, the deadlock had been discernible a year earlier when the G8 Summit was held in Saint Petersburg. Outwardly the summit appeared to be the pinnacle of Putin’s success. However, everybody understood back then that the participants of the G8 could not resolve important international security issues owing to profound differences in values. It was already clear that Russia’s policy did not involve reforms and development, that its political system increasingly resembled an unproductive authoritarian system, while its economy remained oligarchic and resource dependent. The past ten years have only exacerbated this situation.

All these years the Russian authorities narcissistically settled for a deadlock – they did not implement any domestic reforms, did not create a modern state, did not diversify the economy and failed to separate business and power. At the same time, the growing economic and political problems on the cusp of two decades led to a crisis of trust in 2011-2012, and the government’s response was to crack down on civil society and form an anti-European course. And this course led to isolation, war, and the clear likelihood of collapse.

It goes without saying that this course was not foreseen by global developments. While stylistically it fit the global landscape formed after Britain’s Brexit and Trump’s election, this is simply a coincidence. Russia does not set the tone in the world as it is unfortunately on the periphery. Today Trump is the leader in the Russian media in terms of the number of mentions. Russia’s leadership is waiting for a call from Trump. Russian experts and political scientists divine the essence of Trump’s every step like a higher calling. And the main task of Russia’s Minister of Foreign Affairs Sergei Lavrov at the forthcoming Munich Conference is to try and arrange a meeting between Putin and Trump.

Meanwhile the global challenges and threats confronted by the world as a whole have not changed much over ten years. They can be summed up as the lack of any clear development strategy and international terrorism, and a sense of uncertainty, which will push politicians to adopt simple, belligerent, and radical decisions resulting from the logic — “otherwise we might miss out”. As a result, any hot spot or potential hot spot – the Middle East, Afghanistan, Iran, Korea, India and Pakistan, the Caucasus, Ukraine or even China – could be transformed into a major war, literally a global conflagration.

However, nationalist politicians, isolationist politicians and advocates of cheap populism are trying to reap dividends from the horror and confusion of rank-and-file citizens today — they will not only fail to improve things – in actual fact they will exacerbate the global situation, which is dangerous enough already. The ability to manipulate the views of vast numbers of people is the result of accidental political riches that they have accrued and don’t know how to handle. The whole world will have to pay the windfall profits tax. Russia might well be one of the first. We are too week to fish alone in the troubled waters of total chaos. This is an extremely unfavourable situation for our country when set against our actual potential, geographic location and resources, economic and demographic situation.

Russia’s entire policy over the past ten years has been dangerous and senseless. It has targeted phantom goals. There will be no “Eurasian vector”, no proverbial multipolar world, no “new Yalta” and no division of the world into “spheres of influence”. Globalisation happened, and the relations between global leaders will be very different to what we would see in the 20th century. We do not need to wait and see what Trump is about in order to define our place in the world and set the agenda in our country. And we definitely should not build relationships with the US President via some clandestine channels – through some foreign advisers or our hackers. We must not try to access global politics through a keyhole. This would only make things worse.

Our country needs a serious foreign policy that reflects Russia’s interests in the right combination with global realities and historical developments. However, we have no one in our country to draft and implement such a policy. Putin is preoccupied by other matters: we have a war with Ukraine and the largest part of the Arab world, a quarrel with Belarus, and also bomb the Turks by accident… Russia’s current leadership has driven the country to a foreign policy deadlock and is now hoping for Trump’s mercy. It is time to abandon peripheral foreign policy woes and focus on real policies in Russia – policies that would enable our country to define its future independently in today’s complicated and dangerous world through real actions and not mere words.

interview 01.09.2022 Gorbachev And The Many Directions He Proffered To The World

politics 26.07.2022 «Protests fail to affect politics not only in Russia, but also in the world»

Fierce critic of Putin and a former political opponent, Grigory Yavlinsky talks to Index about fear, lies and violence in today’s Russia