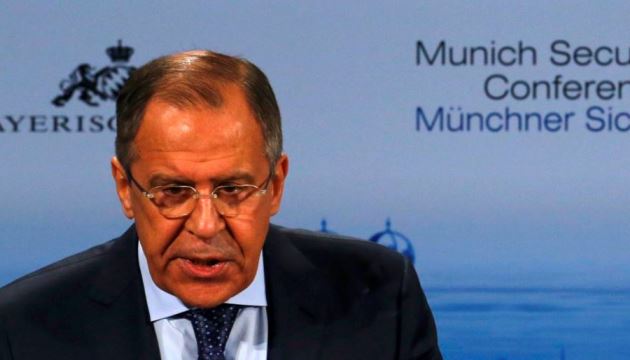 «Moscow will not lift its retaliatory sanctions from the EU until full implementation of the Minsk agreements.»

This is how [Foreign Minister] Lavrov intimidates Europe in Munich.

Really, Russia’s agricultural exports to Eastern Europe fell by 2.5 billion Euro in total. But Germany and France increased their exports by 5.6 per cent to 23.6 billion Euro, and by 6.3 per cent to 15.7 billion Euro, respectively. In general, agricultural exports from the EU grew. The introduction of anti-Russian sanctions, coupled with Russian countermeasures for the European and American businesses, has had no economic value – the loss is measured by a decimal of a percent.

It turns out that Minster Lavrov threatens Europe with economic disaster, but people in Russia are those who suffer from it. Almost 9,000 tons of food was destroyed in Russia from August 2015 until December 2016, according to the presidential decree on [Russian] retaliatory sanctions. These foodstuffs would have sufficed to feed all orphans in Russia (72,000 children) for one and a half month. The number of poor in Russia has reached 23 million people in 2016 (according to Rosstat), and 58% of Russians economized on food in the past year (according to the Public Opinion Survey Fund).

The refusal to lift the food embargo can not be called otherwise than stupidity. «Beat your friends, so your enemies will be scared of you» – this is all that the bureaucracy of the country with economy of only about 2 per cent of global GDP can do. It is a familiar reasoning — to punish the citizens of one’s own country for serious foreign policy errors of the government.

I wrote about this in the summer. Now I have to reiterate it once again.