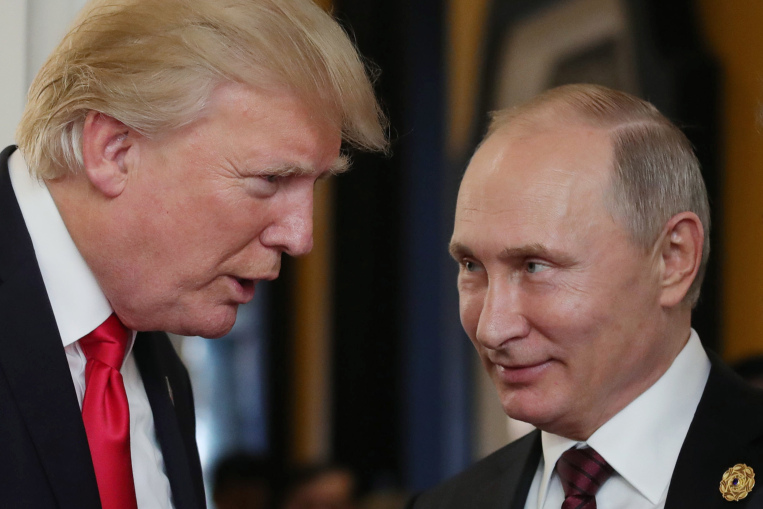 The investigation by Robert Muller, Special Counsel [of the investigation into Russian interference in the 2016 United States elections] ended without charge or justification. Robert Muller did not find evidence of Donald Trump’s collusion with Vladimir Putin in the 2016 presidential election. Obviously, Muller was looking for some documents, testimony, contacts, evidence of direct agreements with Trump or his assistants about the interaction, playing the pass, carrying out some election campaign “special operations”… And he did not find anything like that.

This is not surprising.

However, in Russia they did what they could do for Trump: they contracted whole factories of trolls on the social networks, launched a propaganda campaign, “incited and aggravated”, campaigned as best they could. That is, they really tried to influence the election results in his favour.

But Putin did it from the heart, seeing a “soul friend” in Trump, who was close to him as a person and politically. Trump is also against the European Union and supports Brexit, also treats European leaders with contempt, breaks the established international trade and stands for isolation. Trump sympathises with the Proto-Fascists and Kim Jong-un, envies authoritarian leaders and totalitarian orders, he is a nationalist, he absolutely doesn’t care about human rights and freedoms, the role of the USA as a “beacon of democracy”, Crimea and Ukraine.

In general, according to Putin, Trump is, certainly, “a son of a bitch, but he is our son of a bitch,” so he should be helped even without any special arrangements. When “Trump becomes President, he will laundry it all” in gratitude and because of ideological solidarity.

To this end, Putin helped as best he could. Certainly, Special Counsel Muller did not find any documents. It is impossible to file into the case mutual sympathies of Putin and Trump. Muller does not know the Russian soul: our guy doesn’t need a contract, he does everything by the codes of the underworld.

However, during the investigation it turned out that a whole group of Trump’s close assistants were liars, manipulators and schemers, and that these, to put it mildly, “not very honest” people were in contact with those in Russia who tried to warm their hands on this almost virtual love story of the two Presidents. Some of these Trump’s people will go to jail now. No, not for the “Russian affairs”, but for their own – unpaid taxes, lies under oath, etc. A man is known by his friends… But now we have other times and other politicians. And for Trump it is like water off a duck’s back. So Muller did not make conclusions about Trump’s obstructing the investigation, describing the circumstances and leaving this or that conclusion to the discretion of the Public Prosecutor General.

So the Muller report is the end of the preface. And we are getting down to the main story: Trump’s re-election. The “house of cards” has much ahead.