ARTICLES People are dying in Donbass: The Kremlin hopes there will be enough ammunition
05.02.2017 / World
#Donbass #Ukraine
Share 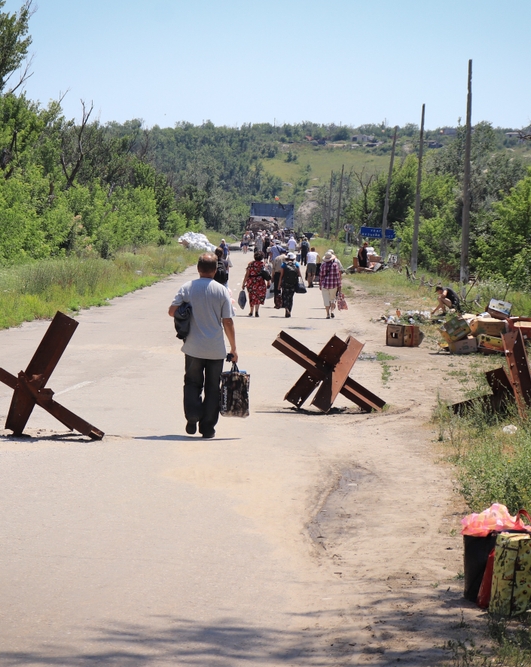 The war in the east of Ukraine is well under way again, people are dying. But the Kremlin officially hopes that the so called “rebels” in Donbass will have enough weapons and ammunition. Political cynicism of the Russian authorities is reaching a new level. A human’s life is not on the list of geopolitical priorities of the Kremlin. So, discussing the war in Donbass during his visit to Budapest Putin is talking about some political games, not about the dying people.

Almost open transfer of Russian weapons to the fighting forces in Donbass for three years period, sending Russian military men to the south-east of Ukraine as well as propaganda in Russian media – all this is the direct sparking of war. This so called fight for independence of the self-proclaimed “republics” under the auspices of Russia have never had and will never have any substantial perspective – political, economic or military. Only endless bloodshed, boundless crime, lies and further degradation will take place in Donbass instead.

No matter what the Russian leadership aims at in this bloody military and political adventure – destabilisation, split or full control over Ukraine – all this is absolutely dangerous and pointless in terms of strategy.

Since April 2014 nearly 10 thousand people fell victims of the war in Ukraine, over 22 thousand people got hurt, a million and a half people became refugees. We can stop this bloody score only if we truly put an end to Russia’s participation in military actions in eastern Ukraine, stop transferring armament to illegal fighting units, provide full withdraw of Russian “volunteers” and border closure, and guarantee safety for the local residents using international forces.

Russia needs to radically change its policy. One must completely give up military adventures and the attempts to deprive the neighboring countries of their independence, give up the dream to divide the world into the spheres of influence with the USA and China. One must give top priority to the development of the Russian region: invest into medicine and education, develop housing, create modern well-paid jobs instead of spending enormous sums of money and preventing Ukraine from becoming a modern country.

Time is running out. Crimes in the east of Ukraine continue.

MORE ARTICLES
30.07.2021 On the Historical Future of Russia and Ukraine