The summit in Finland and the way the Moscow establishment and the Russian media are waiting for it is an indication of the position of Russia in the present world. A year ago, a meeting with Donald Trump in Hamburg on the G-20 was presented as a provoking interest but generally natural political event, also inscribed in the context of a high-level global event (see [my article] “We Are of No Interest to Trump” of July 2017 ). However, even then, the absence of meaning and subject for normal political analysis was very noticeable. 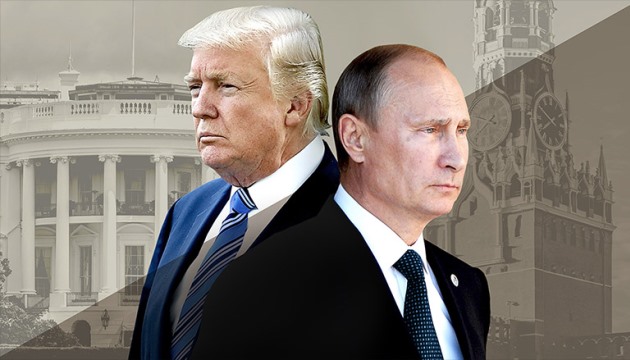 Now the opportunity to meet with Donald Trump acquired the traits of an exceptional event in the eyes of the Russian political class. This meeting is expected as a visit of a star to the peripheral town, putting all hopes and aspirations possible into this anticipation. As there maybe no other opportunity to be noticed.

They are waiting, for example, as a special gesture that Donald Trump, along with Vladimir Putin, will appear at the final of the World Cup [in Moscow]. And what if he says that “Crimea is ours”? Trump can do it. And what will happen then? Nothing, except the noise. American sanctions against Russia are enshrined in the US law. This was done specifically so that the US president could not abolish or change them (see [my article] “New Sanctions – New Wars?” of July 2017). All this is well known. And Trump’s position in the American political situation also has not improved so much that his own initiative could become a significant signal to change the viewpoint of the Congress.

As for the European countries, the world context of the attitude to Putin (and to Trump as well) is now such that any verbal flirtations between the presidents of Russia and the United States will cause only irritation and rejection.

Then what is the point of the summit in Finland? Very simple – it is in PR! The summit in Helsinki is the continuation of Trump’s personal PR show, stretching the impression of his significance, created, in his own opinion, by his Singapore event with Kim Jong-un. The format of Trump’s foreign policy activity stems from his very little political experience and narrow-mindedness: to boast for a while and tell all the  traditional allies of the United States to get lost, but to meet with the main outcasts of world politics. Was any result achieved at the talks with the leader of the North Korea in Singapore? Will there be real progress forward, at least in the direction of the North Korean denuclearisation? All the questions remain open.

Anyway, the summit in Singapore became for Donald Trump an international advertising event, and the upcoming meeting in Helsinki will be its continuation. Well, the foreign policy positioning of the Russian government now is such: it is compelled to provide PR to the American president. The Russian president has no one to advertise himself to. Moreover, after the March speech in the Manezh, no one doubts the long-term course of Putin for the arms race. Dialogue on the détente and reduction of nuclear arsenals between Russia and the United States in general is absent.

However, even if something is signed and some statements will be made on the result of the Helsinki summit, there is no hope that it will be something real and practical. Experience has shown that any agreements and joint declarations, if they are not sincere, are not deeply felt and do not result from the content of the policy, remain only on paper and are instantly forgotten. The most vivid example of a meaningless signing with much fanfare of what none of the signatories believed in and intended to do nothing in this direction was the Moscow Declaration on the New Strategic Relations between the Russian Federation and the United States of America of 2002.

As today relations between the two countries are at their lowest point for many decades and at the same time the Helsinki summit is not prepared, there are no elaborated initiatives, projects or at least new scenarios for the development of relations, and the “partners” treat each other in reality with a huge share of cynicism, then whatever Trump and Putin may agree upon, there is no chance to create any prerequisites for a real change in the impasse. Is it possible to count on a sudden sensible improvisation? No. The Russian diplomacy has long been part of the propaganda machine, and it is outside the context of real world problems. Therefore, there is nothing to expect from Putin, and Trump, unfortunately, is not a figure from which one can expect the birth of political meanings.

And yet the summit in Helsinki is a landmark one. This is a meeting of two politicians who lost the future, their policy is devoid of a vision of the perspective and understanding of the modern world. Putin and Trump are two politically blind men leading their countries, and the world together with them, to nowhere. But for America this can still become a nuisance stop in the way, whereas for Russia the loss of purpose and the final transformation into a mafia state is fatal.

In early July, a delegation of American senators visited Russia, in the context of preparations for the summit in Helsinki. In the State Duma, by the way, they gave a standing ovation to the American senators who had adopted the law on anti-Russian sanctions. At the end of the visit, John Louis Kennedy, Republican Senator from Louisiana, described the situation in Russia as follows: “They do not have a political philosophy [in Russia]. [It is like wondering]  ‘what’s the political philosophy of the mafia’?” We are well aware of this (see [my article] “The Threat of the National Perspective” of May 2018), but the situation does not change and it becomes increasingly more conspicuous to external observers.

Russia’s withdrawal from the international impasse is a matter exclusively for Russia itself. To do this, it is necessary to radically change the foreign policy course and take a number of obvious priority actions, in particular, immediately stop the war in the Donbass, recognise the illegality of annexation of Crimea and initiate an international conference on the status of the peninsula, withdraw troops from Syria, stop shielding Bashar al-Assad’s crimes… And this should be done not for Trump, but for our country, in the name of its future.

But judging by what Putin has been saying and doing recently, he is not ready for this. And the summit in Helsinki will not help.