ARTICLES Belarus is being turned into a concentration camp
31.08.2020 / World
#Belarus
Share

Nobody knows the total number of political prisoners in Belarus. It is assumed that at least 7,000 people were detained during the protests only in August 9 – 13, and about forty criminal cases were initiated. About 600 citizens of Belarus reported serious injuries as a result of beatings during detention, more than a hundred people reported severe beatings in places of temporary detention. More than 260 people were detained during the protest action on August 27 in the centre of Minsk, as follows from the data of the human rights centre Viasna. 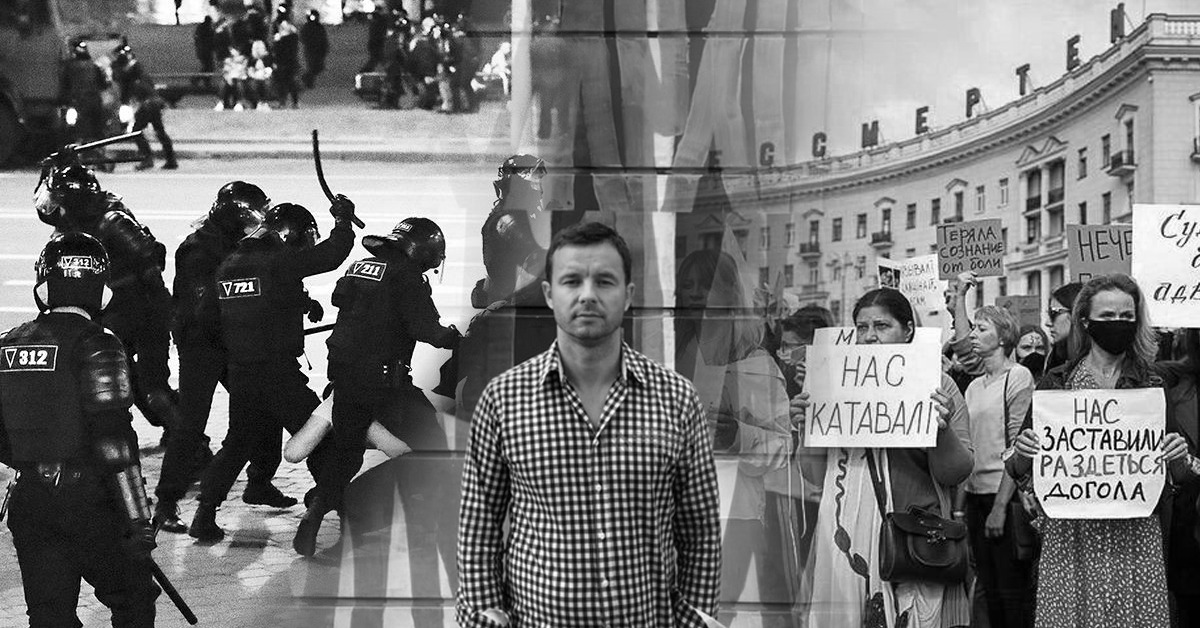 Among those arrested in Belarus even before the elections was Vitaly Shklyarov, a young man who works professionally in the field of election campaigns. I have known Vitaly personally since 2016. He is a kind, intelligent and law-abiding person who loves his homeland – Belarus, it is fair to say that he is a patriot. Vitaly was born and raised in Gomel, after the accident at the Chernobyl nuclear power plant, as a teenager, he was sent to study in Germany. In recent years he has lived and worked abroad.

In early July, Shklyarov came home to his native Belarus to visit his mother who was seriously ill. He also brought his son to his grandmother on vacation. On July 29, Vitaly was detained on his way to the shop and has been kept in the Minsk remand prison for a month now.

Shklyarov is accused of working for unregistered presidential candidate Sergei Tikhanovsky, who has also been arrested. I have never heard from Vitaly Shklyarov anything about his work with any of the Belarusian opposition politicians, including Tikhanovsky. There is no the slightest legal basis for the prosecution of Shklyarov by the Belarusian authorities.

It is known that the conditions in which Vitaly Shklyarov is kept for no reason are close to torture. They want to break him. I regard this as repression and torture.

The most important step towards a dialogue between the authorities and the people and normalisation of the situation in Belarus is the unconditional and immediate release of all political prisoners, in particular, termination of criminal prosecution, release and full rehabilitation of Vitaly Shklyarov.

The arrest of Vitaly Shklyarov is another act of intimidation. The attempts to intimidate people with punitive measures and turning Belarus into a concentration camp in front of the whole world will not bring the authorities the desired result, but, on the contrary, will lead to new protests both in the republic and in other countries.

Freedom to all political prisoners! Freedom to Vitaly Shklyarov!

I express my support to all those who remain detained in Belarusian prisons, relatives and friends of those killed and missing, those who continue to march peacefully through the streets of Belarus, defending the right to determine their free future, to the entire Belarusian people in their striving for freedom.

Europe 20.01.2015 Russia creates around itself a zone of instability

Bloody confrontation in Ukraine, the loss of life — a…