The Yabloko party took part in the memorial march for murdered politician Boris Nemtsov. The march took place in Moscow today. Yabloko activists formed a column and carried a banner “No to Political Terror!”. The column was headed by presidential candidate Grigory Yavlinsky, party Chair Emilia Slabunova, Vladimir Ryzhkov, Co-Chairman of the Public Headquarters of Grigory Yavlinsky Supporters, and Sergei Mitrokhin, leader of the Moscow Yabloko.

Yabloko Chair Emilia Slabunova noted for the three years passing since the murder of Nemtsov, those who had ordered the murder were not found. “This shows that the authorities were interested in eliminating their opponent (this is the most important sign of her weakness, as a healthy government is interested in having a strong opposition), and today thousands of participants in this march are saying,” We will not forget, we will not forgive,” Slabunova noted. 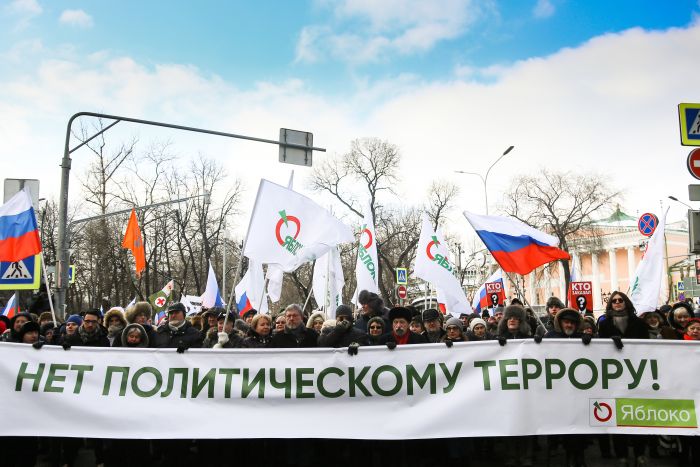 “All the participants of the march want to show by their determination and disinclination to put up with the political terror that we see in the country, that all the developments that civil society brings about  are irreversible. We will not allow political arbitrariness and terror to determine all that is happening,” Emilia Slabunova said. “We need to change the power, and on the 18th of March [on the presidential election day], we have the opportunity to elect a president who will bring freedom, development, respect to his country the world,” she added.

Politician Vladimir Ryzhkov said that participation of Yabloko and other democratic forces in the march was very important. “We came out to demand that the investigation [of the murder] be brought to an end and demonstrate solidarity with the democratic opposition of Russia,” he said. 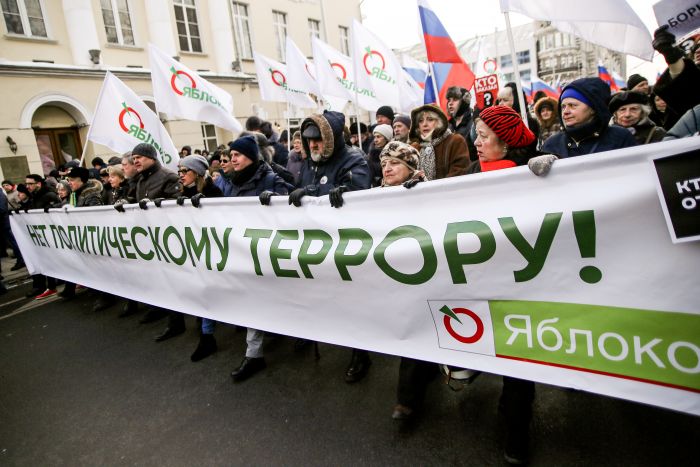 Sergei Mitrokhin, leader of the Moscow branch of Yabloko, noted that the situation in Russia was deteriorating even compared with the year when Boris Nemtsov was killed. “We are against this, we express our support to the active citizens of our country and we nominate Grigory Yavlinsky as President, he is the only one who can change the situation in the country,” the politician said. Today we openly say that Yavlinsky should become President, I think that Boris Nemtsov would have supported him,” Mitrokhin said. 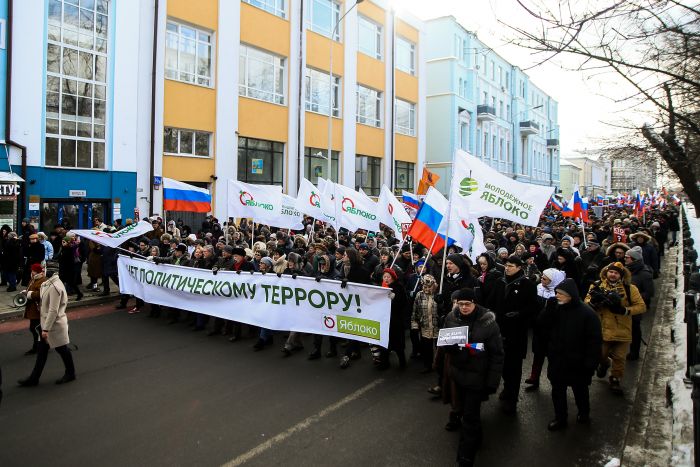