I didi not plan to write another post about the elections because it seems that everything has already been said (Including the latest elections: see ‘Gubernatorial non-elections‘). However, the victory of candidates from LDPR in Khabarovsk Krai and the Vladimir Region produced some inadequate impression on journalists and bloggers: the got excited and agitated claiming that “finally” [something happened]. As a matter of fact, there is nothing to be excited about. What happened last Sunday is another step down the ladder. 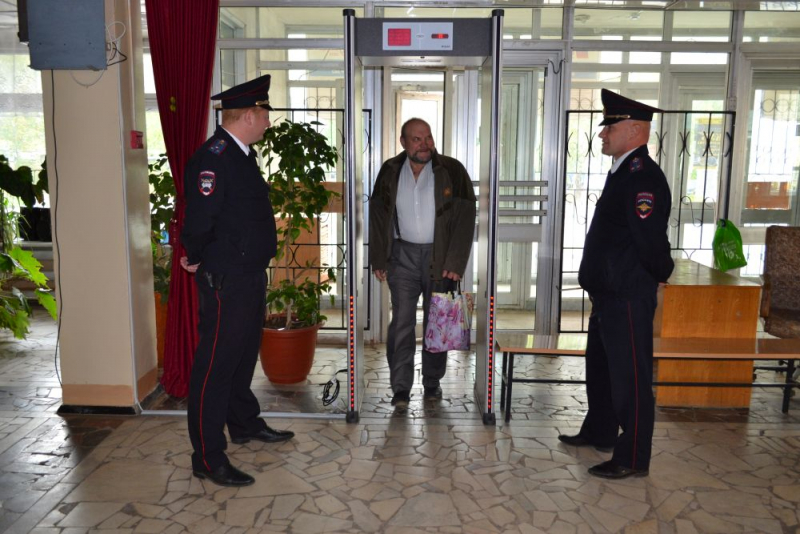 Photo by the Ministry of Internal Affairs in the Vladimir Region, Press Service

The fact that LDPR came to power is an indicator of degradation of the political and economic situation. It proves that the state of affairs in the country is becoming more and more absurd. We had a similar situation in 1993 when LDPR gained the majority in the parliament as a result of failure of the reforms and tanks shelling the Russian White House.

Manmade economic stagnation, growth of poverty and destitution, raising the retirement age, wars in Donbass and Syria, international isolation, theft and corruption, lack of perspectives – all this creates the atmosphere of fear, melancholy and anger. This is the reason why people voted for LDPR. The worse the situation in the country is, the more successful populists are.

If someone thinks that the voting results in Primorski Krai, Khabarovsk Krai, Khakassia the Vladimir Region symbolise political canes in Russia, I must tell you that it is all the same to Putin whom he will use to carry out his policies. It may be United Russia, LDPR or the Communist Party. The representatives of these parties fully and implicitly support major Putin’s policies. What is more, governors are totally dependent on the federal government. This is why discussions about a coalition government between Zyuganov [head of the Communist Party] and Zhyrinovsky [head of the LDPR] look really strange. Besides, if these characters could really implement their policies, the situation in the country would have been much worse. So, are there any reasons to be exited?

I have to say this again. The authorities do not mind if citizens vote against the incumbent governors and United Russia’s representatives in some regions. This is why they do not really oppose. Governors – weakest and silliest ones – become victims of the decision to raise the retirement age. The population displaces their anger on the governors and this serves for the benefit of the system. It has been Putin’s line for the past few years to shift responsibility for all the problems on regional authorities and officials. The President himself acts as the supreme judge and people’s only protector who is different from all other statesmen. Putin’s latest “teleconferences” were organised in accordance with this principle. So, the system is not stuck, it follows its logic. The conclusions of news analysts on the deep connection between “the victory of the opposition” in several regions and future federal elections is vain pursuit. It is very likely that the electoral system will be tighten to prevent future failures. What is more, those who broke agreements and the codes of the underworld will be taken care of. The Communist Party and the LDPR will, of course, support such amendments to the law as they always do.

The victory of candidates from the Communist Party and LDPR does not change anything. Governors in modern Russia are ordinary officials which serve the federal government and have nothing to do with public affairs. In case an “alternative” candidate wins the race, he becomes an official, becomes party of the system and plays by its rules. There is no real constructive alternative at the elections. The municipal filter prevents candidates who could have changes the situation from participation. Being optimistic about the victory of communists or LDPR representatives means following the logic “vote for any party but…”. It proved to be ineffective and meaningless in 2011. We all know what it resulted in.

There is one more thing. Statements that the Presidential Administration failed these elections, that the government has electoral problems, etc., give an impression that elections in Russia are legitimate. So, it helps empowering the operation called a “plebiscite” as of 18 March [presidential election]. If elections in Russia are real, if people can express their will, then Sobyanin was really elected Moscow Mayor and Putin is the lawful President of Russia. It is a good result and you can sacrifice Orlova [former governor of the Vladimir Region] and Shport [former governor of Khabarovsk Krai] in the name of it. If a failure has occurred, the authorities decided to make this sacrifice to prove that we have elections, though we do not have them.

What happened last Sunday shows that the in the best case scenario the regime moves towards a one party system with sanctioned factions under the auspices of immortal Putin. In the worst case scenario it will turn into an ultraconservative capsule fenced off from the world having Putin as a leader. Or maybe Shoygu.

And more about the latest non-elections [rather than ‘elections’ in…