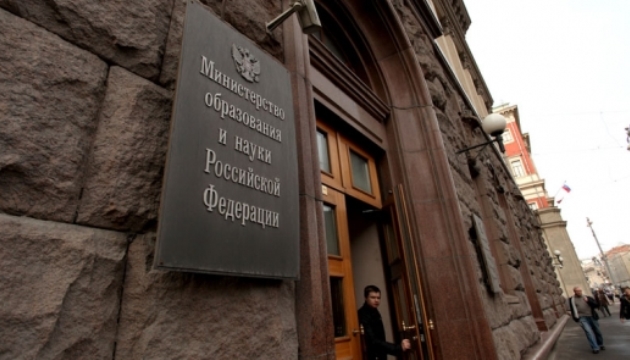 Change of officials in the Ministry of Education has nothing to do with the solution of the key problems of Russian education sector.

The main threat to education in Russia is the actual reduction of the costs plus ideologisation and imposing of obscurantist standards. And this is only a part of a larger, fundamental problem: the state has been living at the expense of reserves for a long time and these reserves are running out.

They have been trying to make it so that we have to get accustomed to poverty in the education system (as in all other spheres of human life). The idea that the money is about to run out is embedded in the minds, albeit officials have been reiterating that “the May decrees [of the President]” (Ed. 11 decrees signed by President Putin on his inauguration on 7 May 2012 and setting the tasks of developing the economy, education and other sectors) will be strictly adhered to.

Increase of salaries of university professors by means of increasing their academic workload and reduction of universities staff became a part of the educational policy, not because the dismissed Minister Livanov wanted so. He was given such a task: to implement [presidential] “decrees” in a situation of “frozen” spending, which today is synonymous with their reduction.

And it is not surprising that education is the first to be affected in the present Russian system. This state does not need education. The country leaders have no other strategy, but self-preservation and redistribution of incomes from raw materials.

One would think that caring about teaching the Russian language, literature and history perfectly matches the officially declared course towards the sovereign identity (or the original sovereignty). But it is not like this. Declarations remain declarations, and the level of [pupils’] knowledge, for example, of the Russian language has been significantly falling, as evidenced by the results of the final school exams.

Development of school education requires true perspective vision and understanding of the future, significant investments that do not yield immediate results. The same is true for higher education and science in general.

And it is certainly not just about money. However, a decent wage pay and implementation of the obligations is a part, and very significant part, of what is called respect for the profession. What matters here is not only expenses in absolute terms, but prioritization. However, the present priorities demonstrate that this state has no respect for teachers, university professors and scientists. Unfortunately, virtually all the citizens of the country experience deficit of respect.

In these circumstances, replacing the minister of education does not mean anything in the best case’ and it the worst case, this means that official-manager Mr. Livanov focused on the commercialisation of education is replaced by official-bureaucrat Mrs. Vasilyeva with the aim to further ideologise school – from primary to higher.