ARTICLES “The adoption of the Paris Agreement is a political PR”
24.09.2019 / Russia
#environment
Share

Deutsche Welle talked with Grigory Yavlinsky, the founder of the Yabloko party and Doctor of Economics, about why the Russian Federation adopted the Paris climate agreement and what consequences it will have for society and the economy. 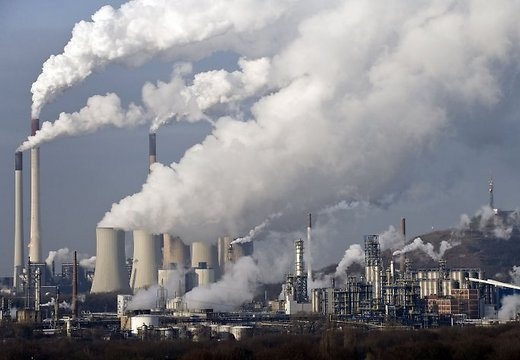 – Grigory, more than three years have passed between the signing of the Paris Climate Agreement by Russia and its adoption. Do you think that the sudden acceleration of work in this area is really connected with the aggravated environmental problems in the country, or is there some other underlying reason?

– I think that this is a political decision and it was not adopted that quickly. The point is that Vladimir Putin is ready to take a variety of measures to raise his own popularity. He does not change the situation with Crimea, Ukraine and in other matters. You know what happened in Moscow in the summer, how many people were persecuted for political reasons. And the topic of climate change is in fact fashionable, popular. Why should not he take such a step to please people? And besides, the topic of climate is a civilisational issue. People who understand the value of environmental protection are people of a higher cultural organisation. The lower is the level of culture, the less is understanding of climate issues. So Putin decided to demonstrate that he is well civilised in order to gain popularity in this way.

– So, in your opinion, the formal adoption of the agreement will not be followed by concrete cases?

– It would be interesting to discuss this topic in a year. Then it will be obvious whether at least something is done in this direction in Russia. The country is in dire need of implementing environmental programmes. Today the Russian state apparatus has virtually no structures involved in environmental protection.

– The Yabloko party has an environmental faction The Green Russia, but there is still no independent political green party in the country. Does this mean that Russians are not so much interested in environmental issues?

– There are many countries in the world where there is no “green” party. The point is not that there should be such a party, but that the level of environmental awareness in Russia is low, this is true. And this despite the fact that there was Chernobyl. Therefore, the most important political task of our party is to change the attitude towards environmental protection in the country.

– No, the garbage problem and the climate problem are not related.

If your bed will be systematically stacked with garbage from a neighbouring porch, then this is not a climate issue, right? And here Moscow takes out its garbage to another city and there it is dumped on people’s heads.

This is another problem. This is a local social protest. While this is not politics, but it is the disagreement of people to live in such an environment. It has always been like this, in one form or another.

– Let us return to the Paris climate agreement. Today, Russia’s economy is highly dependent on hydrocarbons. To comply with the norms of the agreement, such an economic model will obviously have to be abandoned. Do you think the government took this into account when Dmitry Medvedev signed the decree on the adoption of this document?

– I think that the government did not reflect at all on how it would fulfill the requirements of the Paris Agreement. As for the fact that it is time for Russia to move away from the “economy of the pipe” or, as you put it beautifully, “hydrocarbons,” this is an obvious thing. Everyone knows it, but no one does anything in this direction.

– That is, with regard to the development of alternative energy sources, Russia…

– … is below the lower margin. As far as I know, nothing is happening in this area. There are some conversations, but this has nothing to do with reality in any way.

– Maybe the industrial lobby is to blame? Indeed, critics of the Paris Agreement assert, and not without reason, that it will be the large industrial companies, forming the basis of the Russian economy, that will have to pay for the execution of its requirements.

– Returning to your first question, I would like to reiterate: no one seriously thought [about all this] when signing this agreement. This is a purely political PR. This is a move to divert attention from the problems which entailed sanctions imposed on Russia. Now some kind of understanding is being established between Europe and Russia: Russia was returned to PACE, Putin met with Macron. It is on this wave that it was signed. So far, this is only a declaration, because it is fashionable and useful for the image. And we will find out in a year, whether this will become a practical policy. I think this will not happen.

– So, do you think that members of the government and the president do not realise how much climate issues affect the lives of every person, including their own? In the same way as US President Donald Trump, who announced the US withdrawal from the Paris Climate Agreement two years ago, and defiantly did not go for the climate summit to New York today? Do you think Putin argues in much the same way? Or does he think: enough for our age, and after us the deluge?

– Yes. You said it all yourself.

I think that our government and the president do not regard climate issues as practical policies.

– Even the flood in Irkutsk this summer, which, according to Siberian scientists, was directly related to global climate change, could not convince the Russian authorities of the opposite?

– I think that the conclusions of scientists are correct. However, there were no rebuttals or discussions on this subject. Their opinion was simply ignored.

– According to the Presidential Administration, Russia’s GDP grew from 2011 to 2016, and greenhouse gas emissions into the atmosphere increased by only 0.3%. Do these figures relate somehow to reality or is there some kind of magic happening in Russia – there is growth in GDP but no emissions?

– Statistics are generally “magic” in Russia, and this is one of the examples.

– Does the same “magic” statistics reflect the ratings of the president?

– As for Putin’s rating, if he is in politics alone, then his rating is high.

In Huawei’s case, Russia is making a principled choice for many years to come. In terms of technology, and, consequently, from an economic perspective, this choice will transform Russia into a satellite of China.

The key cause of the tragedy in Kemerovo is the…

Finding a Strategy For Europe By Grigory Yavlinsky and Alexander…