ARTICLES In memory of Liu Xiaobo: the time will come, and China will be proud of him
14.07.2017 / Memory
Share 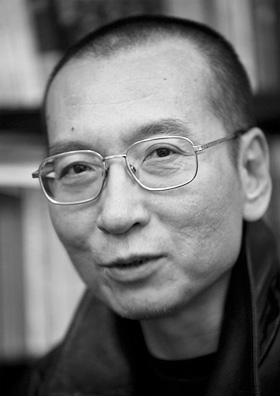 Liu Xiaobo certainly did not attend the Nobel Prize ceremony in Oslo. He was in prison. The Chinese authorities did not allow him to receive the prize even through relatives or friends. It is noteworthy that our country neglected the ceremony of awarding Liu Xiaobo the Prize in 2011. However, we were not alone here: in addition to the Russian ambassador, representatives of Afghanistan, Venezuela, Vietnam, Egypt, Iraq, Iran, Kazakhstan, China, Colombia, Cuba, Morocco, Pakistan, Saudi Arabia, Serbia, Sudan, Tunisia and the Philippines did not come to ceremony.

In 2010, I was one of the initiators of the nomination of Liu Xiaobo for the Nobel Peace Prize; the initiative group then included Vaclav Havel, Dalai Lama, André Glucksmann and few others. We were not acquainted, but we had common beliefs: that a person has the right to say what he thinks, that freedom is the right of everyone, that laws must be respected by everyone, including the authorities, that it is necessary to fight for their beliefs non-violently, be it in China, in Russia or in any other country.

Liu Xiaobo was the first Chinese citizen in history to win the Nobel Peace Prize. The time will come, and China will be proud of it.

MORE ARTICLES
08.12.2018 Lyudmila Alexeyeva passes away. She was a great, brave and unique person