Grigory Yavlinsky, presidential candidate of Russia, visited St. Petersburg. The meeting with the residents of the city became one of the most massive in the ongoing election campaign of the leader of the Yabloko party. The hall with a 400 seats capacity turned out to be too small for all who wanted to attend. 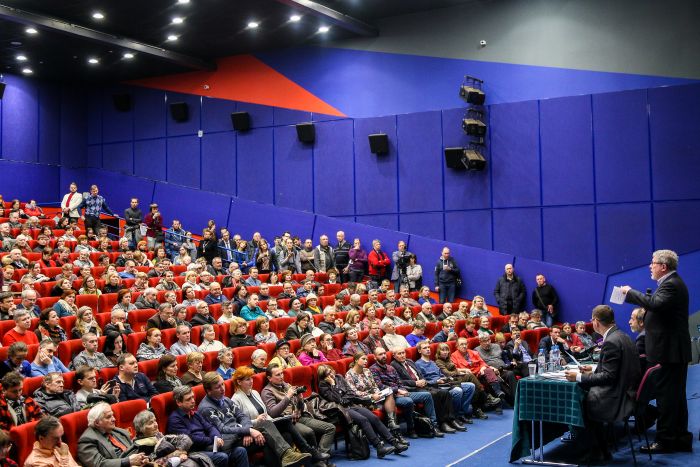 The meeting was opened by MP Boris Vishnevsky, head of the Yabloko faction in the Legislative Assembly of St. Petersburg. Vishnevsky recalled that for Grigory Yavlinsky St. Petersburg had been always saying that St.Petersburg was always in his heart, as he worked as a deputy of the St. Petersburg Parliament for five years (2011-2016) and know the problems of the city well.

Taking the floor, Grigory Yavlinsky spoke about the key points of his programme. He said that the main problem of Russia was a halted economic growth, and an important task facing the country was to create the image of the future. 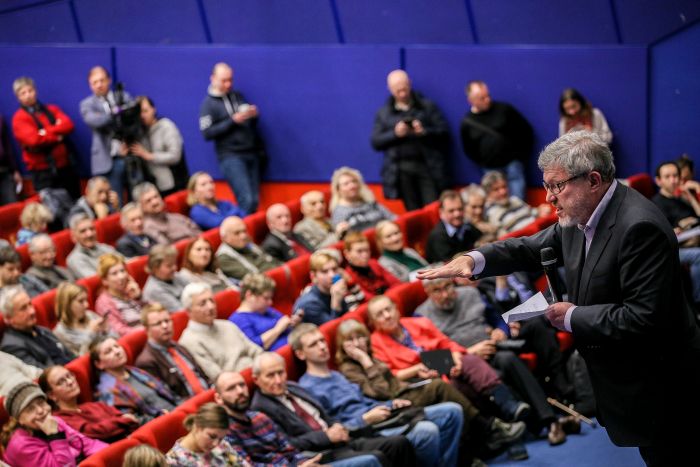 “My programme is entitled “Way to the Future “, I described the image of the future in it, I told people what they can expect if the economic policy, for which I take full responsibility, is implemented,” Yavlinsky said.

“A very special situation has developed in Russia today, when no one, including the present president, has any idea what future the country needs. People have lost its image, this is a very dangerous situation and the key manifestation of the crisis, ” Grigory Yavlinsky said. 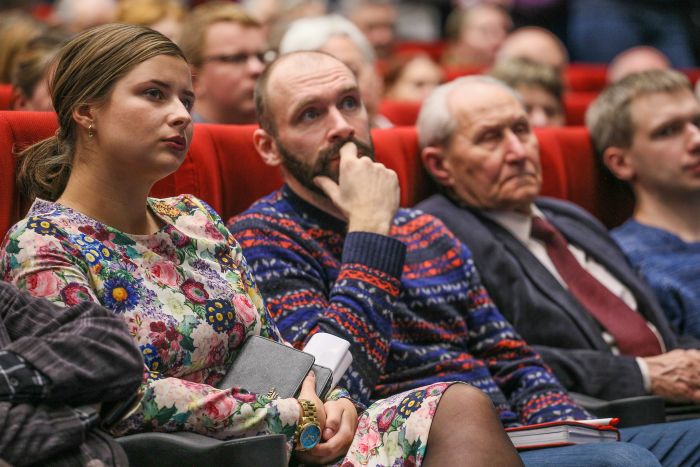 “If we manage to achieve a change in the deadlock policy in these elections, we will be able to create one of the most efficient and dynamic economic systems in the world within ten years,” the leader of the Yabloko party added.

The presidential candidate noted that when he was an MP of the Legislative Assembly of St. Petersburg, he led a group that developed a strategy for the development of the city for 50 years, implementation of this programme would make St. Petersburg one of the leading cities in the world. 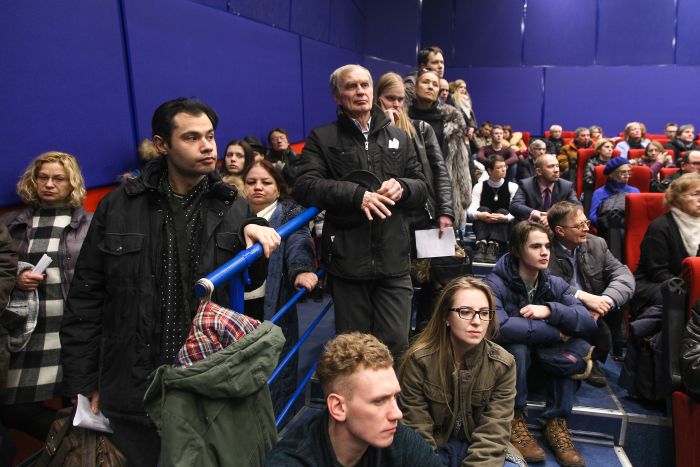 “I twice sent the programme “The Greater St.Petersburg. The 21st Century” to Vladimir Putin and Georgy Poltavchenko [Governor of St.Petersburg]. We discussed it at several international conferences, but implementation of this strategy, certainly, requires a completely different approach to politics,” Yavlinsky said. 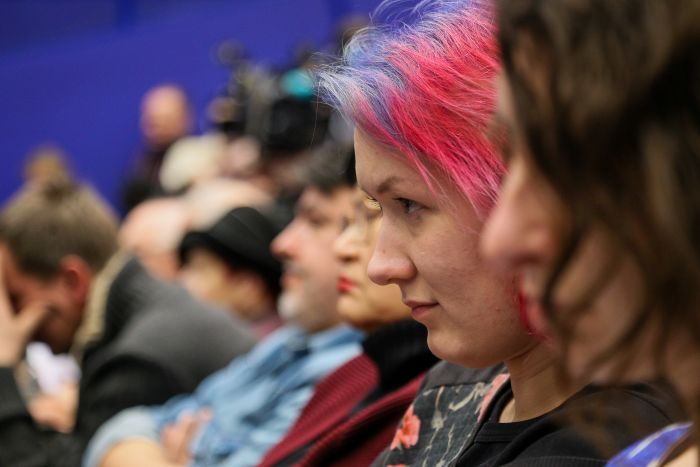 Grigory Yavlinsky asked the audience to ask him questions so that the meeting would take place in the format of a dialogue. The residents of the city were interested in many things: from the revision of the results of the loans-for-shares privatisation and the forthcoming municipal campaign to the attitude of the candidate for the problem of transfer of St. Isaac’s Cathedral to the church which many citizens resisted and the new image of the leader of the Yabloko party.

Answering a question about the information about the tortures of Perm and St. Petersburg anarchists by FSB officers, Grigory Yavlinsky noted that torture is absolutely unacceptable for him, and all who use torture must be prosecuted.

The candidate recalled that during his work as a deputy of the St. Petersburg parliament he introduced a bill envisaging that any contact of law enforcement agencies with a citizen can only take place under video recording, and there was developed a scheme that would simultaneously protect the rights of citizens and policemen, but the bill did not pass lacking one vote only.

Grigory Yavlinsky commented on the initiative to create a coalition for municipal elections in St. Petersburg. The leader of Yabloko stressed that such a project should be implemented on the basis of the St. Petersburg branch of the party based on the successful experience of Moscow.

According to the presidential candidate, the system of “political Uber” should not exist simply as the technical delivery of people to power, without reliance on political meaning.

Answering a question about loans-for-shares privatisation of state property in the 1990s, Yavlinsky recalled that the basis for his activities in the 1990s was the thesis “reforms for the majority”. Unfortunately, then President Boris Yeltsin and his government took another way of distributing property,  a fraudulent way.

According to the candidate for the presidency, it is possible to restore justice in the issue of the results of privatisation through the introduction of a special compensation tax.

“Injustice always leads to poverty. As soon as you are deprived of rights, you will necessarily be shifted into poverty,” Yavlinsky said. 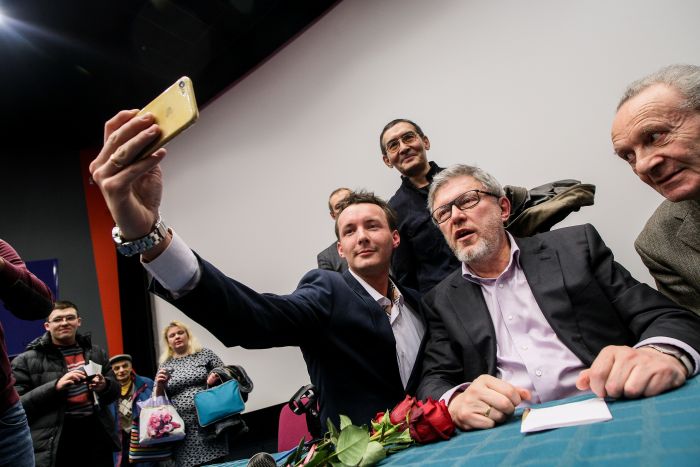 Commenting on the status of St. Isaac’s Cathedral,  its transfer to the church and possible closing of a public museum in the cathedral, which residents of the city resist, Grigory Yavlinsky noted that the museum should preserved in the cathedral.

“I am for a respectful relationship with the Russian Orthodox Church, but I would like this to be achieved through mutual understanding, and not through bureaucratic decisions and violence,” the party leader said.

Answering the question about the “voters’ strike”, Grigory Yavlinsky noted that it is important to come to the elections and demonstrate disagreement with the present policies.

“If we stay at home, nothing will ever work out; if you do not go to the polls, then only those who are for Putin will vote. If each of us brings ten people to the polling station, then we will force the authorities to carry out our programme,” Yavlinsky concluded. 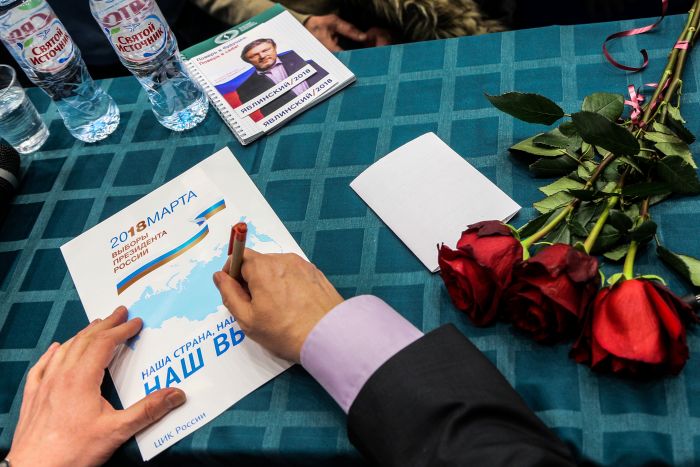 St. Petersburg became the sixth region that Grigory Yavlinsky visited this year as part of his presidential campaign. Prior to this, the politician visited Samara, Pskov, Novgorod, Ryazan, Vladimir, Tomsk, Kazan, Yekaterinburg and Saratov. On 19 February presidential candidate intends to visit Krasnoyarsk in Siberia.