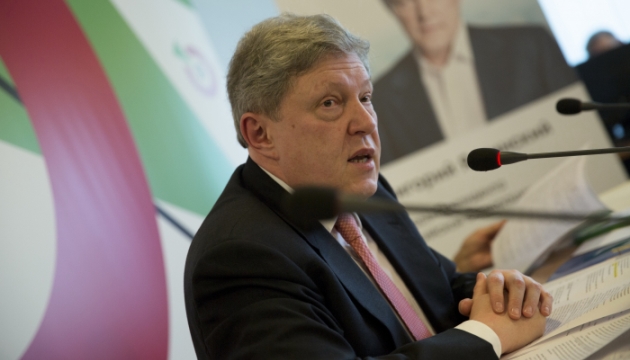 “We need a new party for new aims and objectives in the conditions when the activity of a parliamentary party of a European type is impossible due to the absence of free media, independent judicial system, independent financing, and fair election,” Grigory Yavlinsky said.

He proposed to definitely increase the support base of the party. The activity of the party should target at the majority of Russians. “Our main task is to truly face the people,” he noted.

According to Yavlinsky, the second aim of YABLOKO is “the stringency and clarity of thought and the party stance”. He called to achieve renunciation of “the soviet, Bolshevik and Stalin’s heritage” and “reestablishment of the state after the centennial time of troubles”.

Grigory Yavlinsky claims that the party should reason from the fact that the current economic system cannot be reformed without deep political alterations. He called the party activists to give up the idea of focusing only on getting mandates.

Yavlinsky called the development of a significant alternative – ” the detailed picture of the desired future which will be clear to the majority of people” – the main aim of a responsible opposition and the main tool in the race for power.

The party should attract and form tens of new politicians in the spirit of its ideological worldview. Such a team will be able to fully renew the party and become a candidates pool which will be ready to take part in government and take responsibility for the country, YABLOKO leader said.

The approaches on reorganisation of the party and its activity proposed by Grigory Yavlinsky were discussed for six hours and supported by the Federal Political Committee on the whole.