The topic of sanctions has become a walking anecdote in the Russian media, especially the pro-Kremlin outlets, the subject of jokes and idle talk on the failure of the architects of these sanctions to comprehend the nature of Russia’s politics and economy. The main allegations are first and foremost that the sanctions are patently having no impact on the political decisions of the Russian powers-that-be, who never do anything under pressure, and secondly that they will fail to deal a significant blow to the Russian economy. Both these assertions are only partially valid and only for the short term.

In actual fact the measures that have already been approved and announced are not capable of triggering an economic disaster in Russia. Moreover, it is highly unlikely that they will have a significant impact on the economic dynamics in recent years – the Russian economy’s need for external financing to maintain its current activities is low (in 2014 all the borrowed funds accounted for just a third of the total investments of Russian enterprises. Since then investment plans have been adjusted downwards, regardless of the sanctions). Meanwhile the proceeds from commodity exports are sufficient to maintain the required level of gold and foreign currency reserves and at the same time guarantee the repayment of previous foreign loans. In addition, the sanctions are incapable of changing the worldview and political thinking of Russia’s leadership and equally of encouraging any factions there to take any actions to change course or the specific individuals who determine it.

However, in the long-term everything is far less clear. As they say, certain nuances have to be taken into account.

It is obvious that Russia’s current leadership is not that worried about the sanctions against Russia. As the main goal of foreign policy is to demonstrate the country’s importance and equal standing with the United States, the sanctions do not represent an obstacle to the attainment of these goals: on the contrary, they offer proof of the success that has been achieved, if you like, they get a medal for merit. The inconvenience for Russian companies, not to mention specific businessmen, is merely the flip side of success on this key direction, and they can and must resolve on their own any problems they encounter as a result. In the worst case scenario, any related losses and expenses, if they are deemed justified, will be reimbursed by the state.  As for the long-term losses of the economy as a whole they simply don’t count, as the economy is not perceived by the country’s leadership as either a goal or independent value. It is solely a tool and means to achieve “glory” for oneself and the country, and Russia’s powers that view “glory” in the same way as medieval monarchs as victories in military campaigns, the subjugation of neighbours to their will, a successful demonstration of strength with richer and more successful ones. 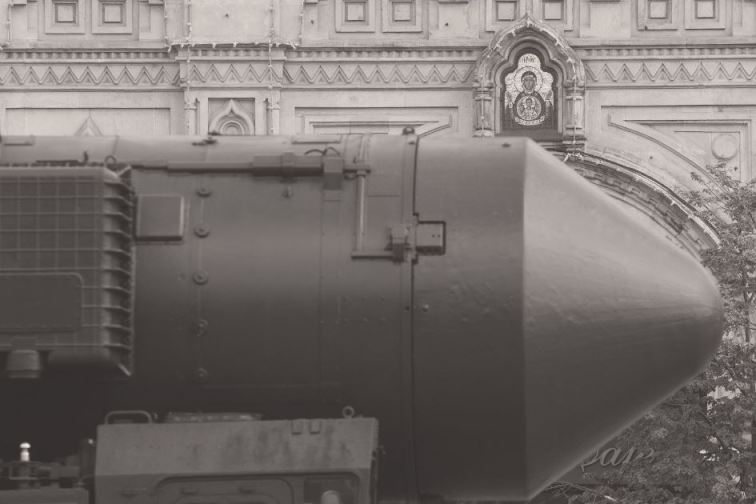 Photo by Andrei Gordeyev/ Vedomosti: Russia’s political ambitions need to be buttressed by an economy that is far larger than the one we have today

It is meaningless to argue about values. And all the people other than the privileged few, who consider the tough guy stance of the country’s leadership to offer sufficient compensation for their own poverty and lack of rights, are probably entitled to do so. However, whoever is thinking about the future of the country in broad terms should bear in mind that the current trend of newer and newer sanctions adopted by the West may in the long term become a very serious challenge for both the Russian government with its current ambitions, and for the country in general.

In actual fact the role of a global power sought by the Russian authorities is an extremely costly asset: it cannot be ensured simply by threats of destabilisation and use of military force. If you want to extend your sphere of interests and exert an influence further than a round of ammunition across the border, you have to pay with all kinds of resources. Military presence, political presence, the maintenance of foreign clientele – all this necessitates considerable expenses. And in order to play a global role like the USA, Russia needs an economy ten times bigger than the current one.

Meanwhile the sanctions (in the broad sense of the word, including the actual consequences of decision-making that appear to be targeted) are closing down the country’s opportunities to grow rapidly. Miracles don’t happen: small economies simply cannot grow rapidly without attracting external resources, primarily the financial and technological resources of the developed part of the world. If we don’t have access to significant external financing, major foreign investments and a similar level of substantial technology transfers, Russia won’t be a global power, whatever our country’s leadership may claim. Without a large and powerful high-income economy, Russia will simply be transformed into North Korea, albeit on a bigger scale: the country’s nuclear weapons guarantee that the US will not try to apply direct military force in order to replace an anti-American dictator with a pro-American one, but this is the only benefit of such a weapon.

In addition, the underlying nature and meaning of the sanctions regime have been changing irreversibly. Whereas three years ago a number of countries in the West regarded sanctions as a way to force the Kremlin to change its policies or at least to refrain from taking steps that were feared at the time, hardly any of these politicians are still around today.

Furthermore it is possible that the imposition of new sanctions and retention of the old ones is driven by the desire of politicians in the West who consider reconciliation and agreements with the Kremlin unnecessary and harmful to hamper the plans of anyone holding that such steps are essential. And you will find such people in the West, and in considerable numbers at that: while they may not harbour any sympathy for the Kremlin, they nevertheless believe that it is in the interests of the West to reach agreement with Russia on a mutually acceptable code of conduct and to adhere to such a code. However, the parties opposed to reconciliation are now taking the upper hand and are banking solely on confrontation.

And in this case the thesis that the “bad rulers” are bad, but the “people are good” is inevitably being jettisoned due to politics. The entire country is seen as an adversary, while the consequences of such confrontation should affect everyone.

Finally, blind faith in the power of nuclear parity with the United States is also illusory. There is nothing permanent, immutable and absolute in the world. Life does not stand still, new technologies and new opportunities will appear, including in the military sector. Already today we can perceive the emergence of new technologies that are capable, given the respective costs on their completion, if they don’t physically destroy the enemy, of curbing fatally a country’s development, even without the global disaster of a nuclear war. This concerns space, the methods that can be used to affect remotely the operability of technical systems, and technologies using cyberspace. Today’s Russia is clearly not in a position to engage in an endurance race on such a wide range of technologies, especially given that maintaining nuclear parity already necessitates greater expenditure. And in view of the above, the whole nation will have to pay, and not just today’s decision-makers. And let this be a question not for today, but for tomorrow or the day after tomorrow – new generations will find it even more galling that the current advocates of confrontation with the West on all fronts took this vital choice on their behalf. As is often the case in history, old people, who are dissatisfied with their own lives and the world around them, take the future away from the young in revenge, condemning them to a senseless race for semi-mythical past grandeur. As the French say, “le mort saisit le vif” – “the dead seize the living”. And it is this long-term vision, and not the ability to physically survive sanctions, which should determine today’s foreign policy decisions.