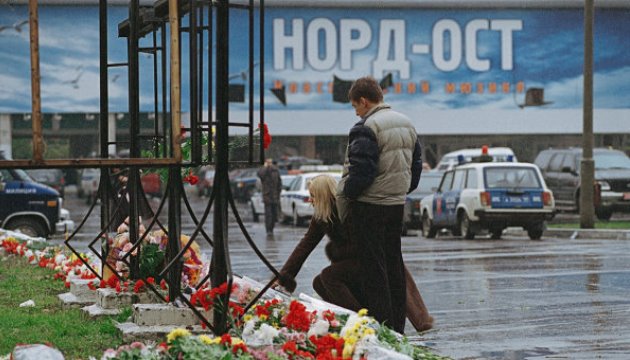 The 24the of October, 2002. [The theatre in] Dubrovka, [Moscow]. The terrorists who took unarmed people [who came to the theatre] hostages demanded that I should come to them for negotiations. They turned out to be quite young people who did not understand anything. And these were absolutely different negotiations compared to those I held in Chechnya in 1994-1995 [when the first war in Chechnya broke out].

The talks lasted several hours. The terrorists said they wanted to stop the war immediately, and demanded that the order on withdrawal of troops [from Chechnya] should be given immediately. I explained to them that I, too, was against the war, but the war could not be stopped immediately, and the 800 hostages they captured had nothing to do with it. But they did not want to listen. I had an impression that the terrorists did not even know what exactly they wanted. When I tried to explain to them that there were absolutely innocent people in the theatre, many of whom were my voters, and they were also against war, the answer was, «You are all the same, and we are stronger than you, because we came to die, and you want to live». Then there was long and hard wrangling literally at gunpoint. I had to offer them right away the content of possible negotiations. They agreed that they would be satisfied if a conversation between Putin and Maskhadov [then head Chechnya] took place. In exchange, they promised to release all the hostages. I said I would try to arrange a telephone conversation.

About 1 a.m., I went out from the terrorists and went to the Kremlin. I told there what the militants’ demands were. Discussion began… In the meantime, as it was agreed and as a proof of their intentions, the terrorists release eight youngest children. But after some time it became clear that the authorities had a completely different plan. And then the storm [when many hostages died] began.

In 2002, 130 hostages died in Dubrovka (174 pepole, according to the Nord-Ost public organization).  Now, 14 years later, there are absolutely no preconditions for complete investigation of this crime and punishing the guilty. Who helped the terrorists to come to Moscow, and then let a terrorist group with a large number of weapons and explosives to the city centre, to Dubrovka? Whom did they pay? Why did the authorities reject Putin’s telephone conversation with Maskhadov? Why did so many people die during the storm and then during evacuation of hostages in buses and hospitals? There are still no answers to all these questions. All the heads of the operation made successful careers in public service.

In 1999, due to terrorist attacks in Buinaksk, Moscow and Volgodonsk, 307 people died, over 1,700 people were injured. It is clear that crimes of such a scope could only take place at the negligence of the authorities. However, there has been no information that some of the officials or security forces were punished.

In 2004, the Beslan terrorist attack [on a school] killed 314 hostages, including 186 children. In total 333 people were killed, including those rescuing hostages, over 800 people had injures of various degrees of severity, 126 people became handicapped, including 70 children. Criminal cases were raised against six policemen. Three were amnestied and three acquitted.

These are only the most known acts of terror.

MORE ARTICLES
08.12.2018 Lyudmila Alexeyeva passes away. She was a great, brave and unique person