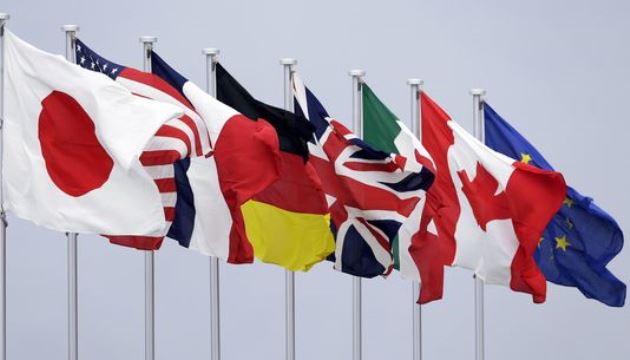 A G7 summit – a meeting of leaders of the seven most industrialized countries of the world sharing common principles of international and domestic policies – was held in Japan past week. Russia was expelled from this community due to its aggression against Ukraine and establishment of a totalitarian order in its own territory. Therefore, Russian mass media commented on the meeting exactly in the same manner as North Korean newspapers – aggrievedly and stupidly. The Federation Council, [the upper chamber of the Russian parliament], even called the G7 an ‘uncoupled coach’. However, it is obvious who has uncoupled whom: the aggregate GDP of the Big Seven countries (at par value as of April 2016) amounts to almost USD 35 trillion, whereas Russia’s is USD 1.13 trillion (3.2 per cent of the GDP of the G7). As for the per capita GDP (a rough and very relative, but still an indicator of the living standards), Russia was ranked 53rd in the world in 2015. Even in Greece suffering from the economic crisis today, this index is more than two times higher.

It is absolutely clear that in such a situation one should not undertake steps causing additional damage to our already weakened economy. A mockery of the private property right and demolition of the trade pavilions and kiosks, continuous arrests of businessmen, neglect of snowballing corruption in the country, on the one hand, and violations of the international law, deception and blackmail in the foreign policy, on the other hand, – all this damages the Russian economy greatly. There is no other word but ‘insanity’ when the authorities are looking for endless sanctions against the country.

The very use of the word ‘sanctions’ creates associations with the policies of developed countries against Iran, North Korea, Libya, Zimbabwe and other ‘rogue states’. But Russia is a different story.

Sanctions against the ‘rogue states’ were introduced and were held for a long time at general indifference by both the sides to their long-term consequences. Nobody believed in any fast ‘democratisation’ of these societies, or in the fact that they can pose a real threat to peace in the foreseeable future. That is why, for the three decades that Iran, for example, has lived under sanctions, neither its place in the world, nor its prospects for further economic and social development have changed significantly.

What we have today in the relations between Russia and the developed world is the situation of a fundamentally different nature: if all this goes on, Russia’s forced transition into the category of third-rate underdeveloped countries will become irreversible. We must act and principally change the policies of the state. And to accomplish this we should change the government and the President already in the next elections, otherwise it will be impossible to stop this accelerating road roller. Given the enormous inertia of global processes, after some time, even a change of government in Russia will not help to solve the problem, as many of the conditions for accelerated economic growth will be hopelessly lost and their recovery would take years, if not decades. But losing a few decades for growth and development is an impermissible luxury in the 21st century. There is no such margin of safety – and neither endless propaganda, nor comical import substitution, nor the imagined greatness will be able to help our country to stop degradation and decay.